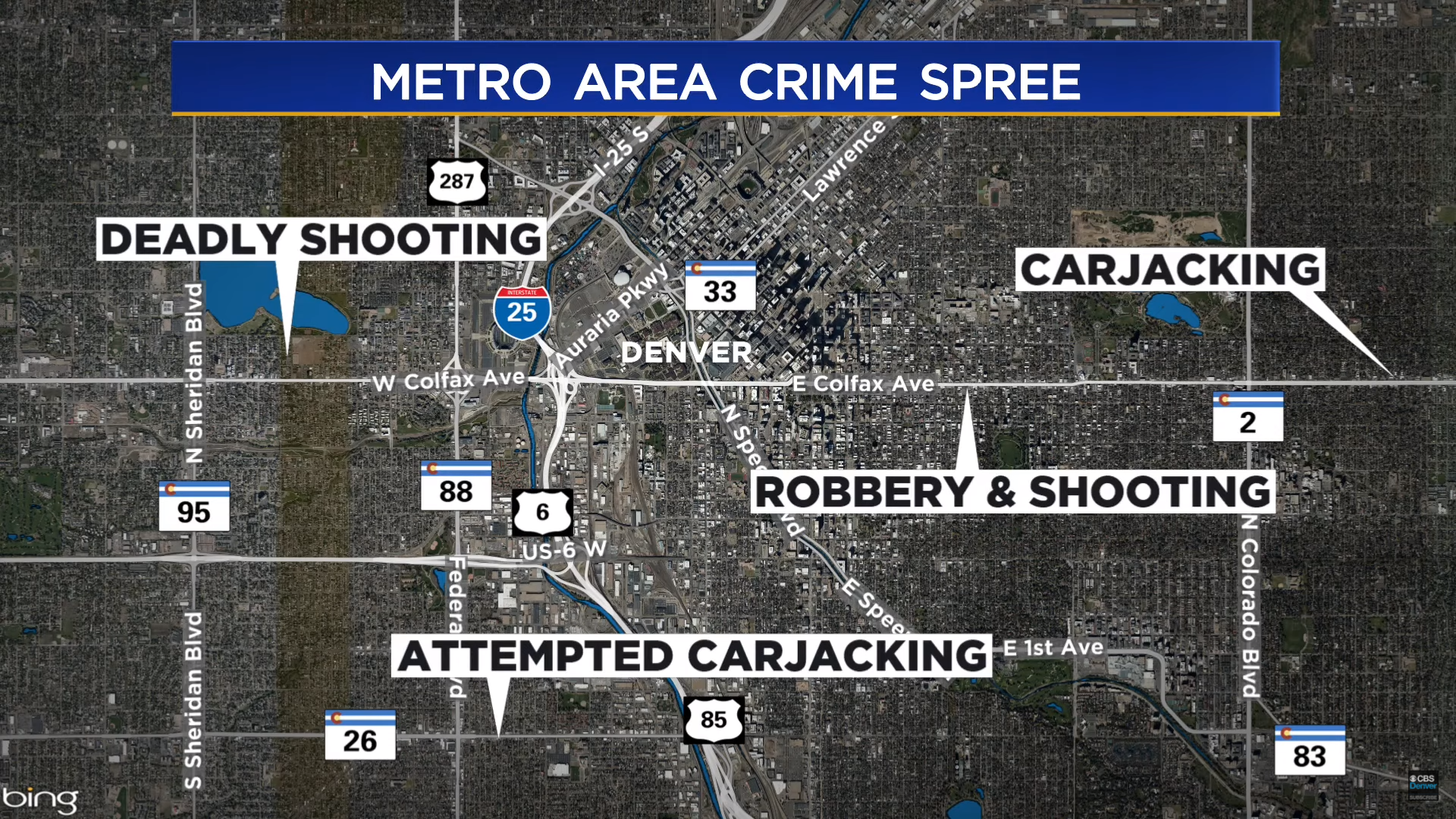 Police in Denver are still searching for a group of suspects they say should be considered armed and dangerous following a fatal shooting Tuesday night. The shooting occcured in west Denver outside of the Yeshiva Toras Chaim Talmudical Seminary near West Colfax Avenue and North Stuart Street. The victim is identified as Shmuel Silverberg.

Police say it was part of a crime spree that included a carjacking in which a person was badly hurt.

Police investigators say it started with a call for a carjacking at around 10:50 p.m. near Colfax Avenue and Grape Street. They say one of the suspects entered a Honda CRV with the driver inside and pointed a gun at them. The victim was not hurt.

At around 11:10 p.m., the same suspects reportedly robbed a man walking near Colfax Avenue and Lafayette Street. Police say they were wearing masks and shot the man who is in the hospital.

About 20 minutes later, investigators say the suspects approached Silverberg, 18, walking out of Yeshiva Toras Chaim Talmudical Seminary and fired at least one weapon at him. The victim was hit and taken to the hospital where he died.

Following the shooting, the same suspects reportedly burglarized a business in Lakewood and stole a Toyota RAV4.

Lakewood police say there was a burglary early Wednesday morning, and a car was stolen from a dealership in southwest Lakewood. The 1998 Black Rav4, with the Colorado license plate QFO701, was awaiting repairs and was not a car that belonged to the dealership. Investigators have reviewed the surveillance footage from the dealership, but say suspect descriptions are difficult because all individuals were wearing face coverings and gloves.

Police said they are asking for the public’s help trying to locate the following vehicles as part of the investigation:

As of Thursday morning none of the stolen cars had been recovered.

Pazen says at this point they do not believe this was a bias-motivated crime, but they are not ruling it out.

Police say they are working with multiple witnesses and are looking at surveillance video.


In Las Vegas, a woman gets aggravated with officers’ questions and is sent to a cell to calm down. A END_OF_DOCUMENT_TOKEN_TO_BE_REPLACED

Check out http://rocketmoney.com/law or scan the QR code on the screen to start managing your personal finances END_OF_DOCUMENT_TOKEN_TO_BE_REPLACED