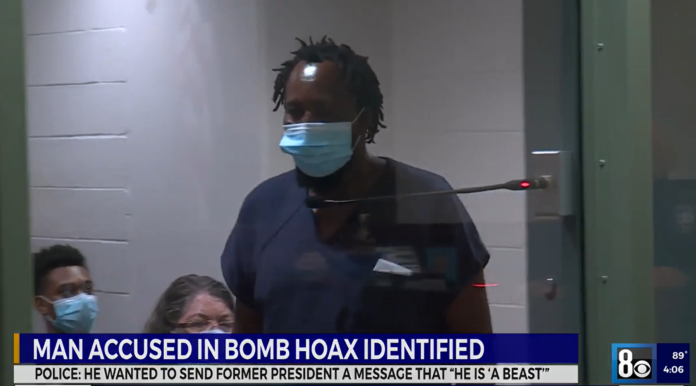 
NEVADA – The man accused of staging a bomb scare at the Trump International Hotel on the Las Vegas strip on Tuesday has been identified as D’Andre Maurice Lundy, 44.

Police say Lundy, of Michigan, walked into the hotel lobby with a suitcase and duffel bag and began shouting there was a bomb.

He fled in a taxi before phoning in more threats, prompting a large police response. Nothing harmful was found in the bags and he was later arrested.

Lundy told cops he placed a Bible, a rock, a one dollar bill and “scriptures” in the bags. He said he “believed Trump had messed up his life for the last three years,” the arrest report said. Adding, he wanted to former Republican President to know that “he’s a beast.”

“He shot her in the center of her forehead.” Convicted Murderer Gets 40 Years For Killing His Girlfriend When She Tried To Leave The Relationship

George Wagner, IV is standing trial for the April 2016 murders of eight members of the Rhoden and Gilley families. END_OF_DOCUMENT_TOKEN_TO_BE_REPLACED