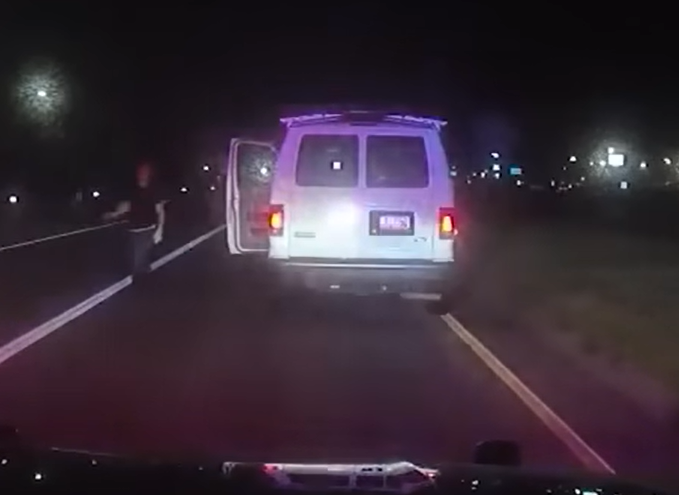 
Rochester, Minnesota — On July 29, 2022, at approximately 10:59 p.m., Officer Bottcher responded to a call at a Domino’s Pizza in Rochester. The report indicated a man with an axe robbed the Dominos and fled in a white van with out of state license plates and a ladder rack. Witnesses described the plates as having a light blue background and mountains. The suspect was described as a white male with panty hose over his face. The axe was reported to have a blue handle. Statements were obtained from the witnesses and Officer Bottcher finished his investigation at the scene. He cleared and went to write up reports from the incident.

As Hippler continued to advance toward him swinging the axe Officer Bottcher fired approximately five additional shots. Hippler fell to the ground but held on to the axe. Almost immediately other officers were on the scene. They secured the van, cleared the axe from Hippler and began rendering medical assistance to him. The ambulance arrived and took Hippler to the Mayo Clinic ER where he died as a result of his gunshot wounds.

Alex Murdaugh apparently met with his lawyer, law partners, and relatives for a meeting three days after the murders of END_OF_DOCUMENT_TOKEN_TO_BE_REPLACED

A viewer asked what “mind-blowing” revelations have come out of Alex Murdaugh’s family murder trial since it began. Eric Bland, END_OF_DOCUMENT_TOKEN_TO_BE_REPLACED