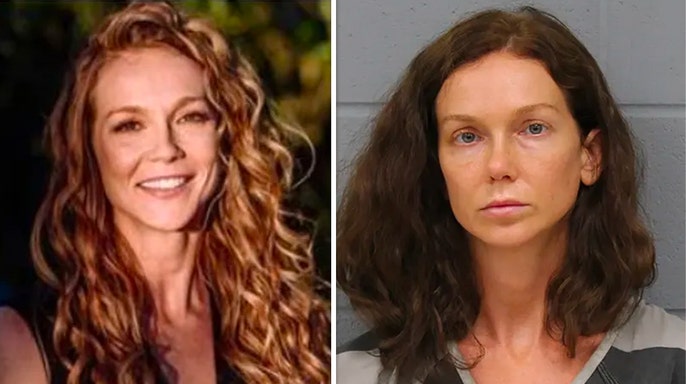 An attorney representing Kaitlin Armstrong, an Austin woman accused of killing a young cyclist in May before fleeing to Costa Rica, says the murder suspect will be acquitted if her case goes to trial.

“I expect this: the government’s own evidence will acquit Kaitlin Armstrong. They just haven’t looked at it,” Rick Cofer, a partner at Cofer & Connely, PLLC, told NBC’s “Dateline” in an episode that aired Friday evening. “Kaitlin Armstrong is not guilty, and if this case goes to trial — if the district attorney doesn’t dismiss it before it goes to trial — she will be found not guilty.”

Armstrong, 34, led the U.S. Marshals on a 43-day chase after 25-year-old professional gravel cyclist Moriah Wilson’s shooting death, when she allegedly left the country with a passport that was not hers. Authorities found her in Costa Rica in June and detained her on an immigration charge.

The captured fugitive is accused of shooting Wilson after the 25-year-old spent a night out with Colin Strickland, Armstrong’s 35-year-old boyfriend and also a pro cyclist. The two had a romantic history that angered the suspected killer, according to a police affidavit.

“The crux of law enforcement’s theory from within the first 24 hours of this case — they had decided that Kaitlin Armstrong is a crazy, jealous person that, in a fit of rage, murdered Miss Wilson,” Cofer told “Dateline,” adding that “the whole case against Kate Armstrong is predicated on a deeply misogynistic view of her.”

On the night of Wilson’s death, May 11, a black SUV with a large bike rack is seen driving near the Maple Avenue home where Wilson was staying on security camera footage obtained by police — a minute after Wilson returned from her outing with Strickland.

Later that evening, Austin police responded to a 911 call from the residence. The caller, Wilson’s friend, said Wilson was “bleeding and unconscious” at the location.

Police discovered the 25-year-old suffering from “multiple gunshot wounds” upon arrival and determined that she had been shot inside the residence.

The next day, when Marshals arrived at Strickland’s address, where Armstrong was living, they observed a 2012 black Jeep Cherokee with a large bike rack “that appeared to be the same vehicle observed on surveillance footage” from May 11. Strickland told police the vehicle belonged to Armstrong. Officers also discover two 9mm guns in Strickland’s home, the affidavit states.

Police say Armstrong sold her the Jeep through a CarMax dealership for $12,200 before fleeing the country.

“So, this dark-colored SUV — that’s where the detective really wants to start to hang this horrible crime on Kaitlin Armstrong. There’s no evidence presented ever of a license plate on this vehicle, of any description of an occupant of the vehicle,” Cofer said in the interview. “You can’t be in two places at once. That’s just kind of some simple math.”

Cofer, who is currently under a gag order and could not speak with Fox News Digital, added that he does not “have to prove” that Armstrong was not at the scene of the crime because he believes his client in innocent.

Cofer’s biography on his website states that the attorney fixes “legal problems for good people.”

“I always say that all of my clients are innocent. And it’s true,” his biography states. “Every person is presumed innocent, unless proven guilty. That’s where I come in, doing everything possible to stop conviction.”

Armstrong is facing a first-degree murder charge out of Harris County, Texas.

“Doomsday Cult” dad Chad Daybell seeks to delay his trial and separate it from his wife Lori Vallow Daybell’s. The END_OF_DOCUMENT_TOKEN_TO_BE_REPLACED