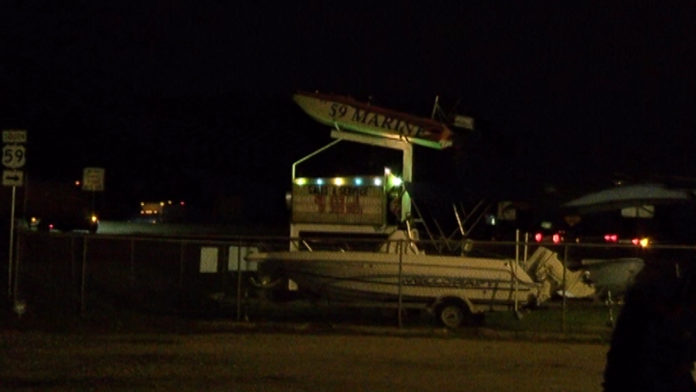 
NEW CANEY, Texas – On Friday, October 21, 2022, Jimmy Don Lane, 58, was found guilty of the murder of Tina Cappa by a Montgomery County jury. Later that same day, the jury handed down a life sentence for the crime.

The State’s case was presented to the jury by Assistant District Attomeys Joel B. Daniels and Sara Comradi, and attorney Michael Valdez represented the defendant.

Lane was the owner of the New Caney boat shop 59 Marine. Ms. Tina Cappa worked for the shop as its bookkeeper and was Jimmy Don Lane’s roommate. The State presented evidence that Lane and Ms. Cappa argued earlier in the evening of her death on March 8, 2019, and that the defendant had been drinking heavily throughout the day. The State also presented evidence that Lane called 911 at approximately 8:45 pm, telling authorities that an intruder had come into his home and that he had shot the person.

When police arrived, they found that Lane had shot Ms. Cappa in the face with a 12 gauge shotgun.

At trial. Lane testified that the shooting had been an accident, stating that he and Ms. Cappa had heard voices outside. Lane said he suspected someone had come onto the property to steal from the business. At trial, Lane testified that he retrieved the shotgun from his bedroom and was walking towards Cappa when he tripped and accidentally discharged the shotgun, killing Ms. Cappa.

The State sought to refute this account of events by pointing out that Lane’s account had changed multiple times. Sergeant Celestina Rossi, a crime scene investigator with the Montgomery County Sheriff’s Office, assisted the State in refuting the defendant’s accident claim. Rossi and other investigators with the Sheriff’s Office had conducted an hours-long search of the residence. Based on this search, Rossi developed a detailed analysis of blood stain patterns found at the scene. Rossi called the defendant’s account “ludicrous.” based on her analysis of the scene.

Detective Terri Ross, also with the Montgomery County Sheriff’s Office, determined that Lane had threatened to kill other people with firearms on at least two different occasions and had pulled a firearm on still yet another individual. Prosecutors successfully argued that Lane intentionally killed Ms. Cappa. The jury deliberated for approximately one hour in reaching its decision to find the defendant guilty of murder and again for about one hour in deciding to impose the life sentence the State requested.

Assistant District Attorney Joel B. Daniels: “Ultimately, the guilty verdict and maximum penalty in this case could never have been obtained without the hard work of Detective Teni Rossi and Crime Scene Investigator Sergeant Celestina Rossi. Their high level of competence and dedication were cricial factors in achieving this justice for Tina Cappa.”

Assistant District Attorneys Sara Corradi: “Lane’s decision to intentionally take Ms. Cappa’s life was senseless and unjustified, changing the lives of her entire family. The jury was able to see through his ever- changing stories, and the jury made sure that their decision also forever changed his life. District Attorney Brett Ligon: “From the moment I stepped foot on this scene, I could tell that this defendant would be making one excuse after another for his horrific crime. Fortunately, through the professional investigation of the Montgomery County Sheriff’s Office and my office, justice was done, and this defendant answered for the life he so senselessly and brutally took.

It’s Darrell Brooks, It’s the Man Who Drove Through the Waukesha Parade: DA

An inmate goes on a rampage when he suspects police officers lost his money. Officers have a tough time with END_OF_DOCUMENT_TOKEN_TO_BE_REPLACED

Andrew Tate and his brother, Tristan, are still being detained by Romanian authorities as they conduct their investigation into allegations END_OF_DOCUMENT_TOKEN_TO_BE_REPLACED

Prosecutors motioned the court to allow key testimony from witnesses who may have knowledge of Alex Murdaugh’s past crimes. The END_OF_DOCUMENT_TOKEN_TO_BE_REPLACED