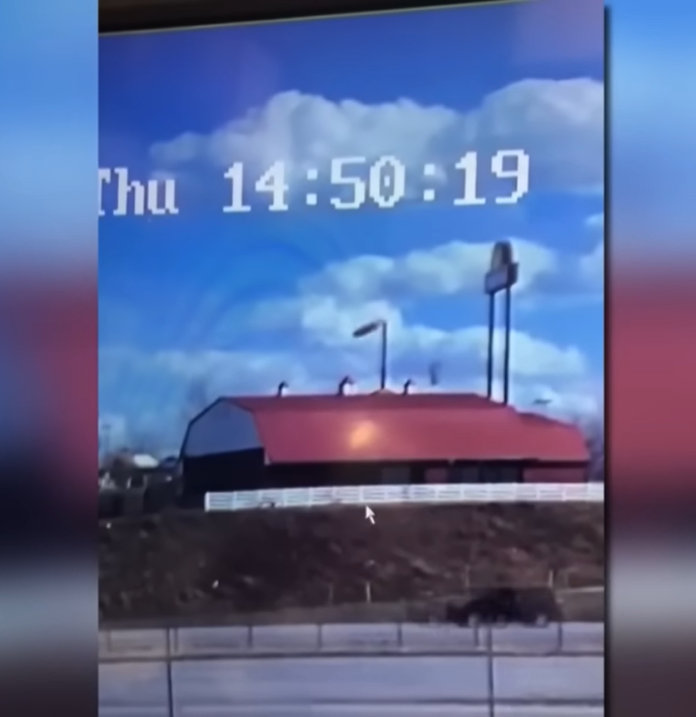 
A Denny’s restaurant sign in Elizabethtown, Kentucky fell on a car during high winds Thursday, killing a woman and injuring her husband and daughter.

The sign fell from a pole near the Denny’s parking lot off of Interstate 65, crushing the car and causing a “catastrophic” head wound for the victim, Lillian Curtis, 72. Her husband, Lloyd Curtis, and daughter, Mary Graham, were also injured in the incident.

The family members were traveling home to Columbia from Louisville when they pulled off the highway, officials said.

The Elizabethtown Police Department believes that the wind gusts were a contributing factor to the sign’s collapse.

Video from a nearby business showed the moment the sign fell.

The sign weighed about 1.3 tons and was permitted to be 80 feet off the ground.

A Denny’s spokesperson released this statement: “Denny’s is aware of the incident that took place at our Elizabethtown location on Thursday. Safety is our top priority, and we are working with the authorities to better understand what led to this situation. Our thoughts are with all of those involved.”

An inmate goes on a rampage when he suspects police officers lost his money. Officers have a tough time with END_OF_DOCUMENT_TOKEN_TO_BE_REPLACED

Andrew Tate and his brother, Tristan, are still being detained by Romanian authorities as they conduct their investigation into allegations END_OF_DOCUMENT_TOKEN_TO_BE_REPLACED

Prosecutors motioned the court to allow key testimony from witnesses who may have knowledge of Alex Murdaugh’s past crimes. The END_OF_DOCUMENT_TOKEN_TO_BE_REPLACED