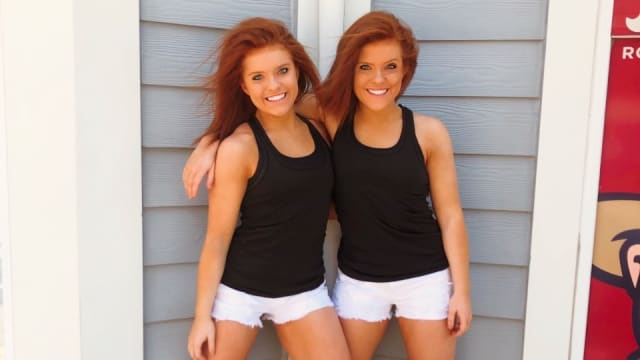 Influencer Twins Accuse Cheerleading Coach of Groping Them at Training

A pair of award-winning cheerleading stars with a hefty Instagram following allege they were molested by their coach as teenagers while training at gyms in Texas.

Lawyers for 22-year-old twins Hannah and Jessica Gerlacher said in a civil lawsuit filed in Travis County on Monday that the sexual abuse began when the sisters were 15 years old. They allege their coach Jason McCartney repeatedly fondled and groped them at Cheer Athletics gyms in Frisco and Plano.

According to the suit, McCartney used the pretense of “spotting” the twins as an excuse to touch their breasts, crotches, and buttocks, and push his erection against them. The twins say in the suit they now look back knowing the spotting was not for their safety but “for his own sick pleasure.”

McCartney also instructed Hannah to sit on his lap and fondled her genitals, the suit says.

The lawsuit alleges that on one occasion during team tryouts, an event where parents were forbidden from attending, McCartney pressed Hannah up against the cabinets. He had one hand on her neck, while his body was pressed against hers. “Hannah was too frightened to make any noise as he touched her body,” the lawsuit states.

The lawsuit alleges that the twins anonymously filed a complaint with the U.S. All Star Cheer Federation on its website, alleging McCartney had sexually abused them. Officials at USASF “took no action” to investigate the allegations or notify parents and didn’t suspend McCartney, the lawsuit alleges.

Related Topics:crimeFeaturedSexual harassment
Up Next

Murder Victims’ Families Back Effort to Oust Newsom: ‘Chaos and Crime in Our Streets’

Nearly three weeks after the Idaho student murders shocked the college town of Moscow, investigators have backtracked on some of END_OF_DOCUMENT_TOKEN_TO_BE_REPLACED