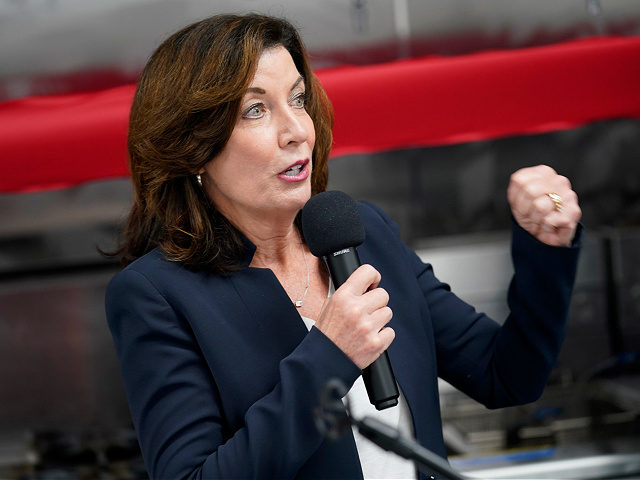 In 2018, New York Lt. Gov. Kathy Hochul (D) praised the “comprehensive” gun controls adopted by her state after the Sandy Hook shooting and pushed for the adoption of even more gun control via a red flag law.

Hochul will be taking over as governor of New York as current Gov. Andrew Cuomo announced Tuesday he is stepping down due to a sexual harassment scandal.

Hochul described the gun controls as a “comprehensive package of reforms” and suggested they offer a model Congress could follow.

She then turned to red flag laws, pushing for the adoption of such a law in New York. She pushed for it to include the ability for teachers and school administrators to prevent children from having access to guns.

Hochul did not explain that children cannot legally buy guns, with or without a red flag law. She did suggest New York had “made great progress” via the adoption of gun control.

Also, shootings in Manhattan North were up 39 percent over where they were in 2020.

CDC: ‘Pregnant People’ Should Be Vaccinated Against Coronavirus

Nearly three weeks after the Idaho student murders shocked the college town of Moscow, investigators have backtracked on some of END_OF_DOCUMENT_TOKEN_TO_BE_REPLACED