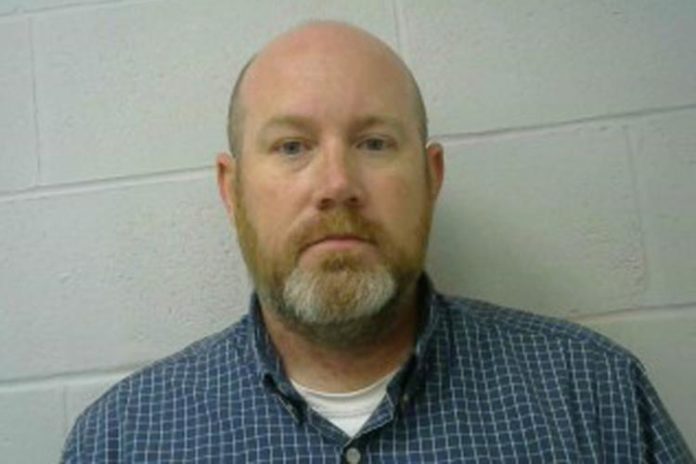 Jason Scott Byrd, 46, of Jenks, pleaded guilty to attempted receipt of child pornography; video voyeurism in Indian Country; and obstruction of justice by corruptly destroying records, documents, or other objects. He will be sentenced on Dec. 16, 2021.

“Jason Byrd violated the trust placed in him as a teacher in the Bixby community. It was extremely difficult for the victim to know she was inappropriately filmed by a teacher she trusted and in her school, a place where she should feel safe,” said Acting U.S. Attorney Clint Johnson. “The alert witness who saw and reported the crime is to be commended. He exposed Byrd’s criminal acts and helped ensure the safety of his fellow students.”

On Aug. 25, 2020, Byrd was observed walking closely behind the victim holding his iPhone underneath the victim’s skirt for several seconds. The witness noticed the red recording square and timer on the screen, indicating the phone was actively recording. The video was taken in a stairwell as students were returning to class after a fire drill. The witness reported the incident to two Bixby Police Department school resource officers. The victim was unaware she was being recorded.

Byrd was brought to a school office and held until law enforcement could question him, but he was briefly left unattended with his phone. Byrd admitted that when he saw law enforcement, he began deleting photographs and video, making them unrecoverable.

When questioned, Byrd initially denied the allegations but then indicated he was sorry and that he had a problem. He admitted to taking the video of the victim, as well as taking several similar photos or videos of other students over the past year. He said those photos and videos were taken using the same cell phone.

In a written plea agreement, Byrd admitted that between Aug. 1, 2019, and Aug. 25, 2020, he intentionally attempted to use a camera to record and receive images of the victim and other students’ pubic areas. He further admitted that he captured those private images without their consent and under circumstances in which the individuals had a reasonable expectation of privacy. He further stated that on Aug. 25, 2020, he knowingly destroyed evidence on his phone so it would be unusable in a trial.

The crimes occurred within the boundaries of the Muscogee Nation reservation. Bryd, a Cherokee Nation citizen, started teaching at Bixby High School in 2008.

On this episode of “Prime Crime with Jesse Weber,” he takes us through the bizarre case of Anthony Todt, a END_OF_DOCUMENT_TOKEN_TO_BE_REPLACED

Andrew Tate and his brother, Tristan, were arrested in Romania a month ago for allegations of human trafficking and organized END_OF_DOCUMENT_TOKEN_TO_BE_REPLACED