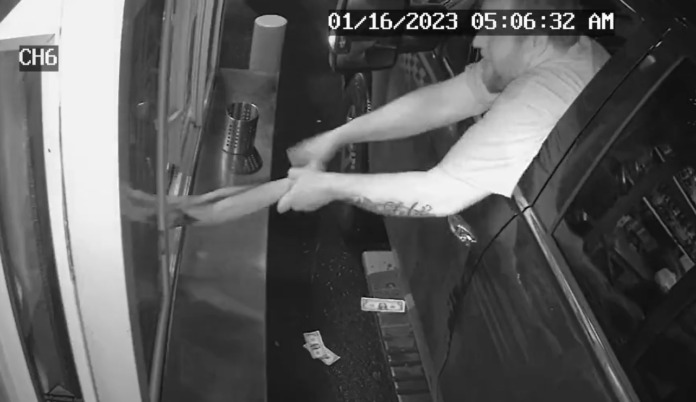 AUBURN, Wash. — A man has been arrested by Auburn police for attempting to abduct a barista through a drive-through window on Monday morning.

The man was arrested at his Auburn home, where investigators found evidence linking him to the scene. The police are yet to question the suspect, but he will be booked into jail for attempted kidnapping and possibly other charges.

The police shared surveillance footage of the incident which shows the man attempting to drag the barista out of the window using a looped zip tie.

The barista was able to fight off the attacker and pull away.

A suspect was killed after being involved in two back-to-back shootouts with Arizona police on January 6 and 7. Authorities END_OF_DOCUMENT_TOKEN_TO_BE_REPLACED

A federal judge allowed a wrongful death lawsuit against Kyle Rittenhouse to proceed. Rittenhouse was found not guilty of shooting END_OF_DOCUMENT_TOKEN_TO_BE_REPLACED