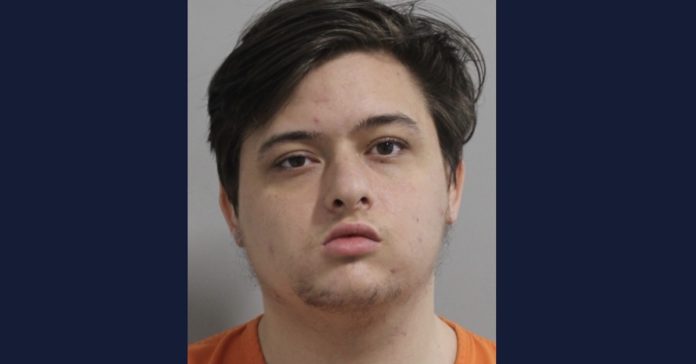 
Winter Haven, FLA. – On Sunday, July 31, 2022, PCSO deputies arrested 21-year-old Kyle Raemisch of Winter Haven after he fatally shot his 52-year-old father in their shared home and then called 911 to report it. He has been booked into the Polk County Jail and charged with first degree murder, a capital felony.

The following are excerpts from Raemisch’s affidavit:

Upon arriving on scene, Deputies loc ated the suspect, Kyle Raemisch, and detained him. Multiple Deputies entered the residence through the open garage door and observed the victim lying on the garage floor, obviously deceased. Law enforcement conducted a safety sweep of the residence to ensure no other victims were present. Located on a shelf directly across from the inside garage door was a black, Sig Sauer a (9MM) semi-automatic handgun.

While on scene, I made contact with suspect Kyle Raemisch and read him his Miranda Rights from an agency issued Miranda card. While reading the suspect his rights, he quickly stated he wanted a lawyer.

Bodies of 3 Sisters Recovered In Pond After Being Reported Missing In East Texas, Sheriff Says