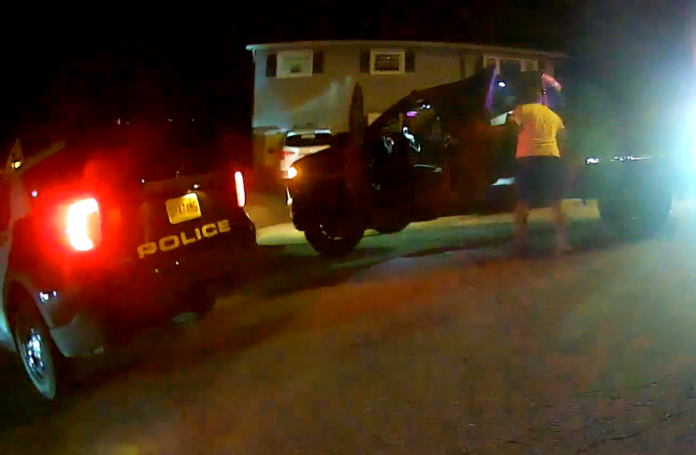 
TRENTON, NJ – (NY AG) – The Attorney General’s Office today released a 911 call and video footage from body worn cameras and mobile video recorders (MVRs) related to a fatal police-involved shooting that occurred on July 4, 2021, in Newton, N.J. The decedent has been identified as Gulia Dale, III, 61, who lived at the address where the shooting occurred. The Newton Police Department officers who fired their service weapons at Mr. Dale are Officer Steven Kneidl and Officer Garrett Armstrong.

The fatal shooting remains under investigation by the Office of Public Integrity and Accountability (OPIA). The recordings are being released in response to an OPRA request and pursuant to policies established by the Attorney General in 2019 that are designed to promote the fair, impartial, and transparent investigation of fatal police encounters. On Friday, July 30, 2021, investigators met with the decedent’s family and attorney to review the video recordings.

According to the preliminary investigation, three uniformed officers of the Newton Police Department arrived at a residence on Clive Place in Newton, N.J., at approximately 9:30 p.m. in response to a 911 call from a family member who was concerned about Mr. Dale’s behavior and the fact that he had a gun. When police arrived, Mr. Dale was attempting to leave his residence in a vehicle. At this time, the officers’ body-worn cameras were activated and recording the events that transpired.

The officers gave Mr. Dale verbal commands to get out the vehicle and Mr. Dale got out. Mr. Dale then opened the rear driver’s side door, briefly leaned inside, and then closed the door. Mr. Dale subsequently got in the driver’s seat, and officers continued to give verbal commands for Mr. Dale to exit the vehicle. Mr. Dale got out once again with an object in his hand. Officer Steven Kneidl and Officer Garrett Armstrong discharged their duty firearms, striking the vehicle and fatally wounding Mr. Dale. Investigators recovered a .45-caliber Glock 21 firearm near Mr. Dale. Officers and emergency medical personnel rendered medical aid to Mr. Dale at the scene. Mr. Dale was later pronounced deceased by medical personnel.

The recordings are posted online: Click here for recordings.

This investigation is being conducted pursuant to a state law enacted in January 2019 (P.L. 2019, c.1), which requires that the Attorney General’s Office conduct all investigations of a person’s death that occurs during an encounter with a law enforcement officer acting in the officer’s official capacity or while the decedent is in custody. Separately, the Independent Prosecutor Directive, which was issued by then-Attorney General Gurbir S. Grewal in December 2019, outlines a 10-step process for conducting these investigations. The Directive establishes clear procedures governing such investigations to ensure that they are conducted in a full, impartial and transparent manner. Under both state law and the Directive, when the entire investigation is complete, the case will be presented to a grand jury, typically consisting of 16 to 23 citizens, to make the ultimate decision regarding whether criminal charges will be filed.

Alex Murdaugh apparently met with his lawyer, law partners, and relatives for a meeting three days after the murders of END_OF_DOCUMENT_TOKEN_TO_BE_REPLACED