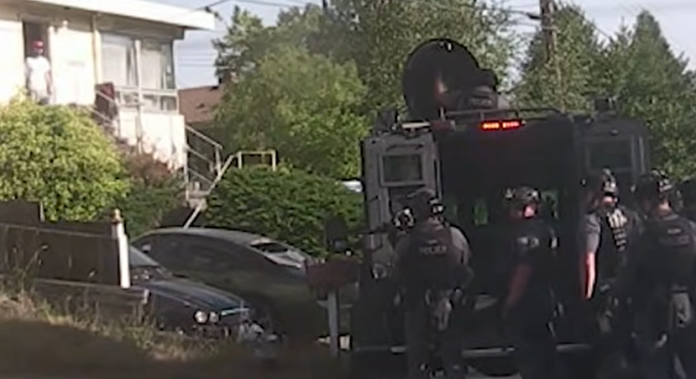 Seattle police fatally shot a homicide suspect Thursday after he fired at SWAT officers, who were attempting to arrest him at a White Center home.

Around 5:40 p.m., police went to a house in the 10000 block of 21st Avenue Southwest to serve a warrant for a homicide suspect. SWAT officers approached the house and began announcing their presence over a PA system. A suspect exited the house with a handgun and fired at officers. Three officers returned fire, fatally striking the man.

Officers recovered a weapon from the suspect’s hand. He was not immediately identified

Representatives of the Office of Police Accountability, the Office of Inspector General and the SPD Force Investigation Team responded to the scene.