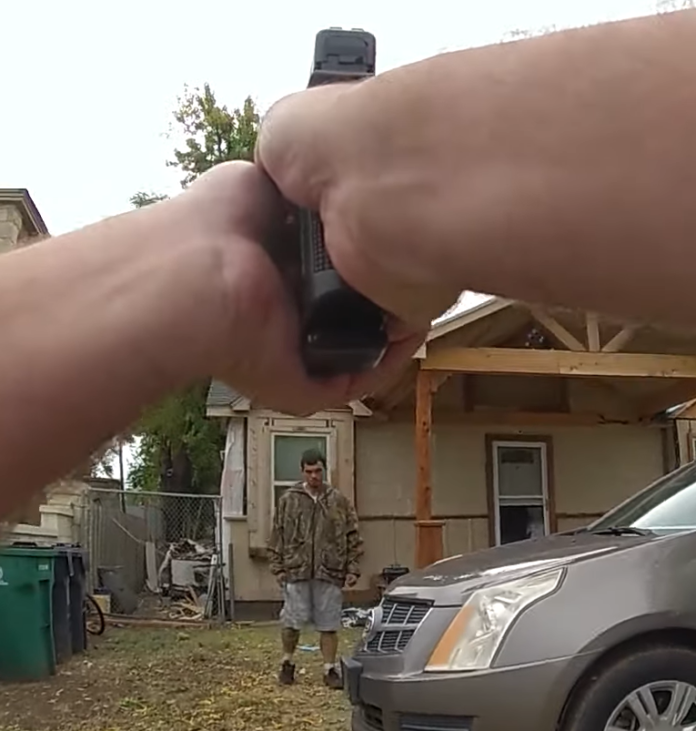 
OKLAHOMA CITY – At 2:25 yesterday afternoon, police were called to a disturbance at 1316 SW 25th St. Responding officers were confronted by a man (Sergio Gruver) in front of the residence, wielding a knife. Mr. Gruver moved toward the officers with the knife and was ordered to drop the weapon. He refused the officers’ commands, and a Taser was deployed twice, with no effect.

Mr. Gruver then aggressively turned, with the knife, toward the officer with the Taser, at which time he was shot by Sgt. Wright and Officer Hernandez. Mr. Gruver was transported to an area hospital where he was pronounced dead.

It was later learned that prior to officers’ arrival, Mr. Gruver stabbed someone randomly near the residence. Further, he tried to attack his family members with the knife while they were inside of a locked car. It was then that responding officers pulled up to the scene.

Sgt. Wright and Officer Hernandez have been placed on routine administrative leave pending the outcome of the investigation.

Nearly three weeks after the Idaho student murders shocked the college town of Moscow, investigators have backtracked on some of END_OF_DOCUMENT_TOKEN_TO_BE_REPLACED