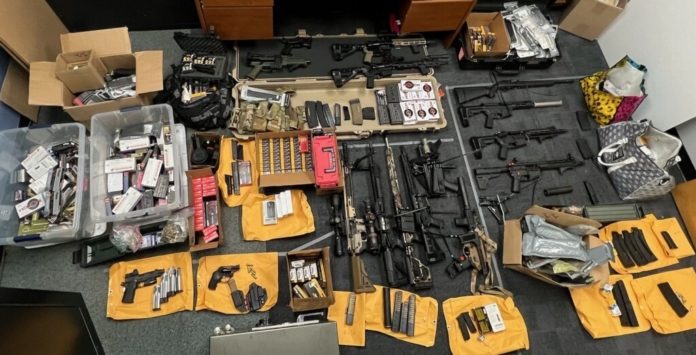 “Assault weapons and devices that muffle a firearm are illegal in California,” Los Angeles County District Attorney George Gascón said. “It doesn’t matter if you are an influential member of the entertainment community or someone who has never been in the spotlight, my office will hold accountable anyone who illegally possesses these unlawful devices and deadly weapons. The proliferation of firearms has skyrocketed since the beginning of the pandemic. We must do everything we can to get these guns off the streets and out of the hands of those who don’t lawfully possess them.”

The complaint alleges that on Jan. 4, Lord was found in possession of ‘semiautomatic rifles, AR-style altered semiautomatic pistols and firearm silencers’ during a search of his Studio City residence.

Kimble has pleaded not guilty.

The cases remain under investigation by the Los Angeles Police Department.

A viewer asked what “mind-blowing” revelations have come out of Alex Murdaugh’s family murder trial since it began. Eric Bland, END_OF_DOCUMENT_TOKEN_TO_BE_REPLACED

In a twist of events, a burglary suspect found himself begging for the help of police after he was shot END_OF_DOCUMENT_TOKEN_TO_BE_REPLACED