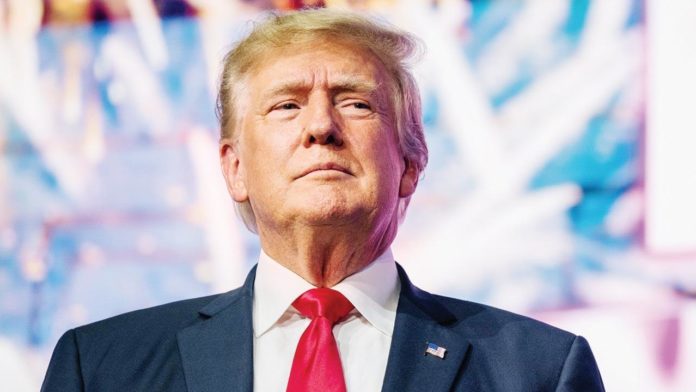 
Meta, the parent company of Facebook and Instagram, announced on Wednesday that former President Donald Trump’s accounts on the platforms will be reinstated.

The accounts were suspended over two years ago due to incendiary posts related to the January 6th Capitol riot.

Nick Clegg, President of Global Affairs at Meta, stated that the accounts will be restored in the coming weeks, with new measures in place to prevent repeat offenses. These measures include heightened penalties for repeat offenders, which will apply to other public figures who have had their accounts suspended in relation to civil unrest under the updated protocol.

If Trump posts further violating content, the content will be removed and he may be suspended for a period between one month and two years, depending on the severity of the violation.

Trump’s campaign officially requested for him to be allowed back on the platform earlier this month.

To all of those who have asked, I will not be going to the Inauguration on January 20th.

Half Moon Bay Shooting Suspect Charged With 7 Counts Of Murder

An inmate goes on a rampage when he suspects police officers lost his money. Officers have a tough time with END_OF_DOCUMENT_TOKEN_TO_BE_REPLACED

Andrew Tate and his brother, Tristan, are still being detained by Romanian authorities as they conduct their investigation into allegations END_OF_DOCUMENT_TOKEN_TO_BE_REPLACED

Prosecutors motioned the court to allow key testimony from witnesses who may have knowledge of Alex Murdaugh’s past crimes. The END_OF_DOCUMENT_TOKEN_TO_BE_REPLACED