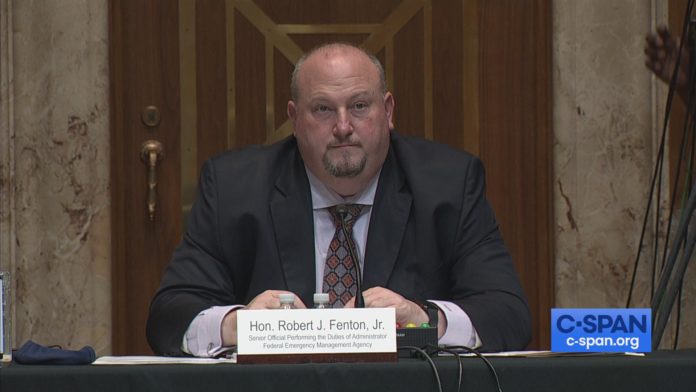 
WASHINGTON – President Biden has directed the Secretary of Homeland Security to have his department serve as the lead agency coordinating ongoing efforts across the federal government to resettle Afghan refugees, some of whom worked on behalf of the United States during America’s longest war.

Secretary Alejandro N. Mayorkas announced that Robert J. Fenton, Jr. will lead the interagency Unified Coordination Group. The Unified Coordination Group will report directly to Secretary Mayorkas and will include a broad range of services throughout the resettlement process, from initial immigration processing, COVID-19 testing, and isolation of COVID-positive individuals for anticipated quarantine, to resettlement support for individuals who are neither U.S. citizens nor lawful permanent residents. The resettlement support will include initial processing at pre-designated U.S. military bases prior to being resettled into communities.

“The Department of Homeland Security is prepared to serve as the lead federal agency coordinating efforts across the federal government to welcome vulnerable Afghans to our Nation in a way that is consistent with our laws and our values,” said Secretary Mayorkas. “This mission reflects the best of who we are as a country and our Department is honored by the trust the President has placed in us. There is no one better than Bob Fenton to help lead our efforts. Bob has dedicated his career to public service and has decades of experience managing complex and critically important missions. He will help lead this interagency effort with incredible adeptness and the highest standards of honor and integrity.”

The Unified Coordination Group will ensure federal resources, authorities, and expertise are utilized in a unified and synchronized manner to support the goals of the operation. This initiative will be undertaken in close collaboration with DHS partners in state and local government and with non-governmental organizations and the private sector.

“I am honored by the confidence placed in me and I am privileged to be able to contribute to this vital mission,” said Fenton.

Fenton has served as FEMA’s Regional Administrator for Region IX since 2015. During the presidential transitions of 2017 and 2021, Fenton served as Acting FEMA Administrator. Since joining FEMA in 1996, Fenton has played a significant and senior role in numerous large-scale response and recovery operations in the United States and has responded to more than 100 federal disasters, including Hurricane Katrina, the four Florida Hurricanes of 2004, Southern California Wildfires of 2003 and 2007, Super Typhoon Pongsona in Guam, and the 9/11 World Trade Center terrorist attacks.

In Las Vegas, a woman gets aggravated with officers’ questions and is sent to a cell to calm down. A END_OF_DOCUMENT_TOKEN_TO_BE_REPLACED

Check out http://rocketmoney.com/law or scan the QR code on the screen to start managing your personal finances END_OF_DOCUMENT_TOKEN_TO_BE_REPLACED