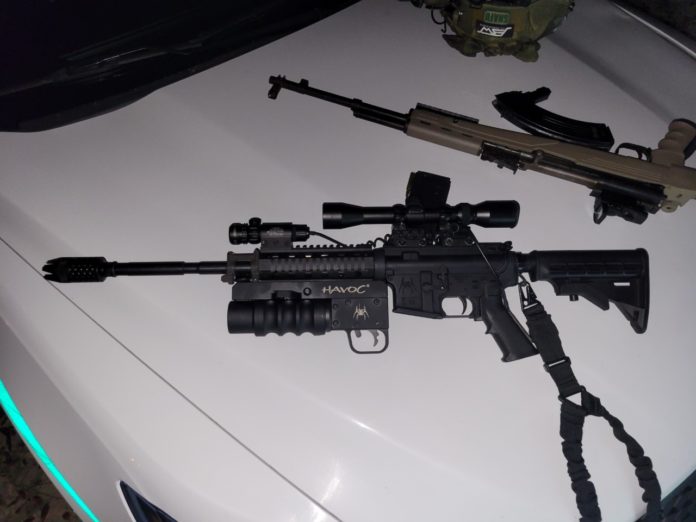 At approximately 3:30 AM on Sunday morning, The Sheriff’s Office Emergency Communication Center received information that Ressler had armed himself intending to initiate an “active shooter” situation with deputies and planned to “start a war”.

Ressler was angry because deputies had seized his driver’s license during an earlier traffic stop because it was suspended. Multiple deputies went to Ressler’s residence in Interlachen to check on his wellbeing after his threats towards law enforcement.

While approaching the residence, a deputy using night vision spotted Ressler approaching the deputies wearing a tactical vest while armed with the four firearms and extra ammunition.

Through dialog, exceptional skill and tactical planning, the deputies were able to disarm Ressler and take him into custody without further incident.

“The men and women of the Putnam County Sheriff’s Office would like to thank the concerned citizen who alerted us to this situation and to commend our deputies on a job well done. The actions of the citizen, our exceptional Emergency Communications Officers and our brave Deputy Sheriffs from Delta Shift / West District undoubtedly prevented Ressler from carrying out his deadly intentions.”

Alex Murdaugh apparently met with his lawyer, law partners, and relatives for a meeting three days after the murders of END_OF_DOCUMENT_TOKEN_TO_BE_REPLACED

A viewer asked what “mind-blowing” revelations have come out of Alex Murdaugh’s family murder trial since it began. Eric Bland, END_OF_DOCUMENT_TOKEN_TO_BE_REPLACED