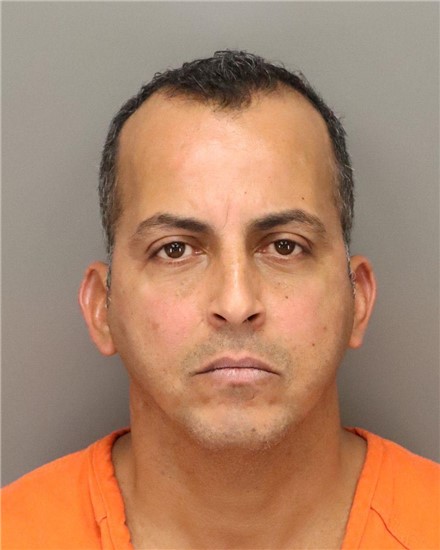 
PINELLAS COUNTY – Detectives with the Crimes Against Children Unit have arrested a Tampa man for 2 counts of Video Voyeurism.

Detectives began an investigation on June 30, 2022, after two separate victims reported that they noticed a cellular phone being held under the stall door in the bathroom at St. Petersburg/Clearwater International Airport. Both victims, one of which was an 11-year-old child, saw their image on the screen of the phone, presumably via the device’s front facing camera.

Throughout the course of the investigation, detectives discovered 46-year-old Michel Fernandez Fuentes entered a men’s bathroom in the airport and utilized the stall next to both victims. Detectives also discovered that both victims were not known to each other and were boarding separate flights. Fuentes was employed by SSP America, a food and beverage company, working inside the airport.

Detectives interviewed Fuentes, who admitted to using his phone while sitting on the toilet, but denied accessing the phone’s camera or using it to record people in the bathroom. Detectives obtained a search warrant for Fuentes’ cellular phone. Over 160 photographs were found which captured other unknown subjects’ legs while using the toilet in adjacent stalls. Detectives also discovered that the camera and photo gallery were accessed multiple times during the times while both victims were in the bathroom with the suspect.

Detectives arrested Fuentes and charged him with two counts of Video Voyeurism. He was transported to the Pinellas County Jail.