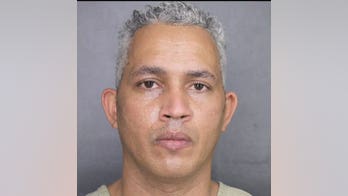 A Florida father was furious Wednesday after a 35-year-old suspect accused of raping the father’s teenage daughter in a restaurant was released from a Broward County jail.

“This is not justice. He should be with no bond, held with no bond,” the father, identified only as Jimmy, told WSVN-TV of Miami.

Suspect Wilver Lopez Vega and the 16-year-old girl were co-workers at the restaurant in Pompano Beach, the station reported.

On Monday, around closing time at the restaurant, Vega allegedly pulled the teen into a room and raped her, according to the father.

The father told WSVN that his daughter has been left traumatized.

“My daughter is in really bad shape. She is trying to recuperate, you know? She’s going through tests and stuff now with her mom,” he said.

The father also issued a warning to Vega.

“If he doesn’t spend the rest of his life in prison, he better be careful out here,” the father told the station.

He was released from jail Wednesday pending further legal action, the station reported.

Nearly three weeks after the Idaho student murders shocked the college town of Moscow, investigators have backtracked on some of END_OF_DOCUMENT_TOKEN_TO_BE_REPLACED