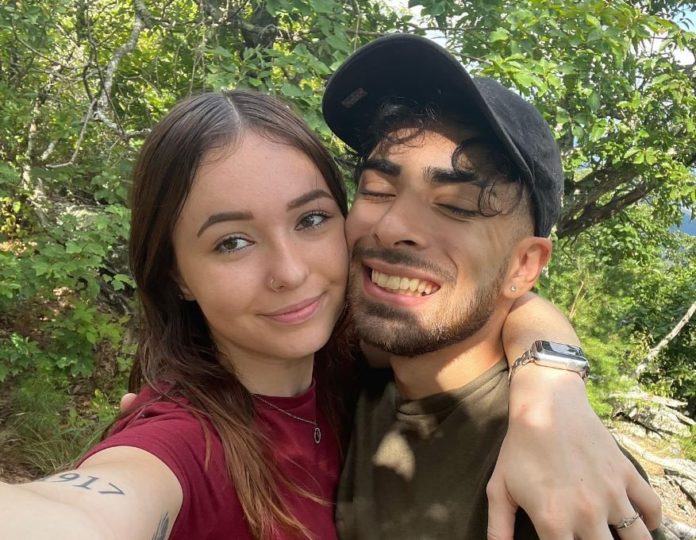 
A Florida college student was shot and killed on Sunday in Alabama trying to protect himself and his girlfriend after they were apparently held at gunpoint by a woman who claimed she was having trouble with her car, according to the Clay County (Alabama) Sheriff’s Office:

On Sunday, August 14, 2022, at approximately 11:30 am, 911 notified Clay County Sheriff’s Office and dispatched Clay County Rescue Squad and Shinbone Valley Volunteer Fire Department to National Forrest Service Road 600-3 near Cheaha Mountain for a 22-year-old male who had been shot. There were no other details on this call that were known at the time it was dispatched. Upon arrival at the scene, sheriff’s deputies, Lineville police and responding emergency personnel found the girlfriend of the shooting victim, 20-year-old Mikayla Paulus, performing CPR on her long-time boyfriend, Adam Simjee, who had been shot.

A black female, later identified as Yasmine Hider, was laying on the ground nearby. Hider had suffered several gunshots to her torso. Medical personnel were unable to revive Simjee who died at the scene. It was determined that Hider had attempted to rob Simjee and Paulus at gunpoint and was subsequently shot by Simjee who had a handgun concealed on his person. Hider was transported from the scene by ambulance to a nearby landing zone and airlifted to a Birmingham hospital where she underwent surgery for her injuries.

The initial investigation revealed that a second black female suspect was present during the robbery and had fled the scene on foot after the shots were fired. Over the next several hours sheriff deputies received information that there “May Be” a group of people “living off the grid” somewhere in the National Forest. This group of people were reported to be armed and potentially violent. The dog tracking team from the Alabama Department of Corrections were contacted and they responded with a tracking team. ALEA was also contacted, and they responded with a helicopter to provide aerial observation and overwatch for the deputies on the ground. The Clay County Sheriff’s Office reached out to nearby authorities: Lineville Police, Ashland police, Heflin Police and Cleburne County Sheriff’s Office, as well as forestry and park rangers for assistance. All of these agencies responded to this call for assistance.

The tracking team lead law enforcement to a group of tents that had been set up in the National Forrest in what appeared to be a base camp. This camp was located approximately 1/2 mile from the scene of the robbery. As law enforcement were approaching the base camp, they observed a black female standing near the tents. As officers were ordering the female to the ground a 5-year-old child ran from the woods holding a loaded shotgun. Law enforcement told the child to put the shotgun down however the child continued to the female’s location before laying the gun on the ground. The female was taken into custody and later identified as Krystal Pinkins. It was determined that the child was Pinkins’ son. Pinkins was arrested and charged with endangering the welfare of a child. Department of Human Resources was notified, and they took custody of the child. It did not appear that any other people were currently using the camp.

Law enforcement began trying to put the pieces together as to what had happened that led to the shootings and death of this young man. In the past 48 hours, the investigation revealed that Mikayla and Adam were driving down National Forestry Road 600-3, when they were flagged down by a black female, later identified as Yasmine Hider. Hider asked the couple if they could give her some assistance to get her car started, which was nearby. When the couple attempted to assist Hider, she produced a gun and made the couple walk back into the woods. At some point, after Hider walked them at gunpoint into the woods, Simjee produced a handgun that was concealed on his person. There was exchange of gunfire, during which the suspect was shot multiple times. Simjee was struck by gunfire as well and died at the scene. Mikayla was not injured in the gunfire exchange; however, she did suffer mental stress and trauma from witnessing this horrendous act. It was at this time that Mikayla realized there was a second black female, later identified as Krystal Diane Pinkins, standing in the woods nearby observing what was going on.

The shooter (Hider) then called out to Pinkins to come help her. After a brief conversation between the suspects Pinkins fled the scene on foot. Mikayla was then able to retrieve her cell phone and call 911 for assistance.

After further investigation, Pinkins was charged with one (1) count of Murder, two (2) counts kidnapping and two (2) counts of robbery. She was arrested on those charges and remains in the Clay County Detention Center under bond.

Clay County Sheriff Investigators have also obtained warrants against Hider for the following charges: one (1) count of Murder, two (2) counts kidnapping and two (2) counts of robbery. Hider is currently in a Birmingham hospital, while she recovers from her surgeries under the observation of sheriff’s deputies. The weapons used in the crime have been recovered.

It should be noted that this crime did not occur at Cheaha State Park. The crime occurred in the Talladega National Forrest approximately 1 mile from the state park boundaries.