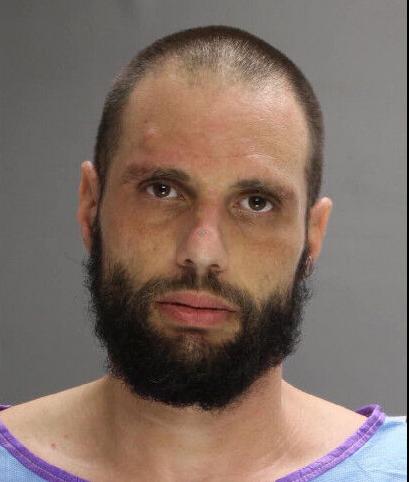 An Elizabethtown man has now been charged with criminal homicide after hitting and kicking his wife last week, according to Elizabethtown Borough police.

Christopher Alexander Mello, 39, is now charged with criminal homicide, police said in a news release. He was previously charged with aggravated assault.

The charges against Mello were amended Monday following “an extensive investigation” and an autopsy performed by the Lancaster County Coroner’s Office, police said.

Mello’s wife, who Lancaster County Coroner Dr. Stephen Diamantoni identified as Alexandria L. Reynolds, 39, was found dead in a bathtub on the second story of a residence in the 300 block of West High Street sometime on Sept. 30, according to previous reporting. Officers had been dispatched to the residence after Mello’s father reported that Mello was “acting crazy” and made a comment about his wife being dead.

The Lancaster County Deputy Coroner noted Reynolds had two black eyes and a laceration on her nose, police said.

Mello admitted to investigators that he physically fought Reynolds, punching her in the face and kicking her while she was on the ground. Mello also said he had attacked her the night before.

Mello remains in Lancaster County Prison, having been denied bail, court records show. He will face a preliminary hearing before Judge Randall Miller on Oct. 13.

Mello had already been denied bail on the previous charge “due to the nature of the charges, prior criminal record and ongoing investigation” of the incident, according to a court document.

Mello was previously charged with terroristic threats for a separate incident at his home in April, police said. Those charges are pending.

2 Charged in Kidnapping of Woman Photographed Nude in Cage

Alex Murdaugh apparently met with his lawyer, law partners, and relatives for a meeting three days after the murders of END_OF_DOCUMENT_TOKEN_TO_BE_REPLACED