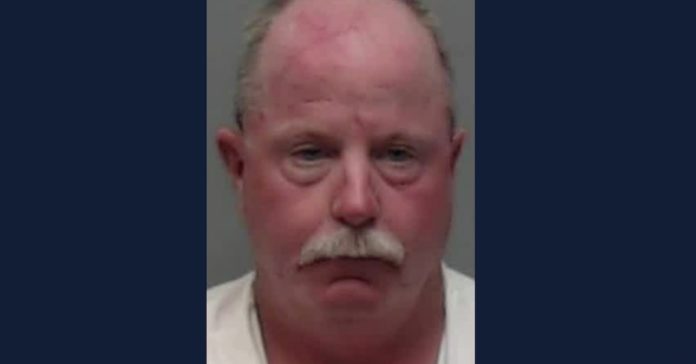 
Jacksonville, Florida – United States Attorney Roger B. Handberg announces the return of an indictment charging Seth Estes Vanover (50, Diana, Texas) with attempting to entice an 11-year-old child to engage in sexual activity. Vanover faces a minimum mandatory penalty of 10 years, and up to life, imprisonment, and a potential life term of supervised release. Vanover was arrested on October 12, 2022, at the Longview Police Department in Longview, Texas, where he was at the time employed as a Lieutenant with that department. Vanover’s arraignment in Jacksonville has not yet been scheduled.

According to court documents, on July 25, 2022, an undercover FBI agent in Jacksonville began conducting an online undercover operation designed to identify and target adults who were seeking to make contact with and engage in illegal sexual activity with minor children. The undercover agent, who was posing as the parent of an 11-year-old child, posted a notice in a public chat room of an online social messaging app.

User “jattleson” and the undercover agent engaged in more online conversations on August 8, August 10, and September 19, 2022, during which the two discussed, among other things, meeting in Florida so that user “jattleson” could engage in sexual activity with the 11-year-old “child.” User “jattleson” confirmed that the “child” was “open to have sex,” discussed details of the sexual acts that he intended to perform on the “child,” and directed the undercover agent to “[t]alk to [the “child”] about [the intended sexual activity].”

Click here to view the complaint – WARNING: Details are graphic

Further investigation by the FBI revealed that the user name “jattleson” had used certain internet protocol (IP) addresses on the social media app during relevant time periods that were assigned to a telephone number subscribed to by the “City of Longview,” with the physical address of the Longview Police Department and the contact name “Seth Vanover.” Other IP addresses used by user “jattleson” on the app during the relevant time period resolved to a hotel in Waco, Texas, where Vanover was a registered guest at that time, Vanover’s residence in Diana, Texas, and a telephone number listed as belonging to “Set E. Vanover” at Vanover’s residential address. This telephone number was the same number used by Vanover on a website for his fishing tour guide business.

At Least 149 People Killed In Crowd Stampede During Halloween Festivities

An inmate goes on a rampage when he suspects police officers lost his money. Officers have a tough time with END_OF_DOCUMENT_TOKEN_TO_BE_REPLACED

Andrew Tate and his brother, Tristan, are still being detained by Romanian authorities as they conduct their investigation into allegations END_OF_DOCUMENT_TOKEN_TO_BE_REPLACED

Prosecutors motioned the court to allow key testimony from witnesses who may have knowledge of Alex Murdaugh’s past crimes. The END_OF_DOCUMENT_TOKEN_TO_BE_REPLACED