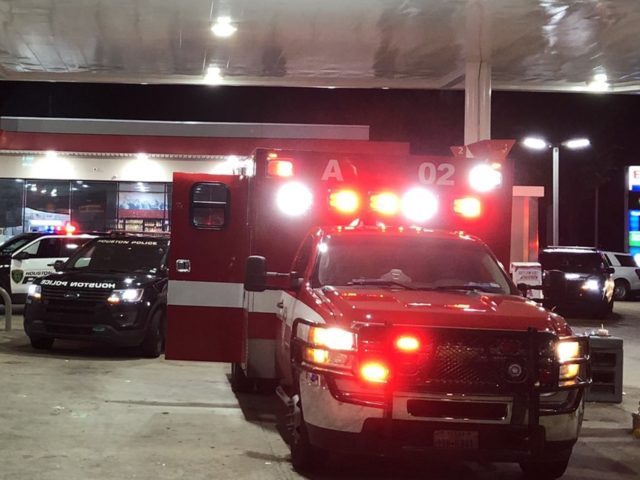 Democrat-Run Houston: Suspect Carjacks Ambulance at Gunpoint with Patient Inside

A suspect carjacked an ambulance with a patient inside it around 3 a.m. Friday morning in Democrat-run Houston, Texas.

The Washington Examiner reports an EMT was also in the ambulance when it was stolen.

KHOU-11 notes the carjacking occurred after a man fired shots at the ambulance, forcing the driver to stop. The man then climbed into the driver’s seat, taking control of the ambulance.

The EMT was in the back with the patient and suspected something was wrong “because they were no longer heading in the right direction.”

Police were able to track the ambulance via GPS and take the suspect into custody.

Thankful both @HoustonFire fighters are safe. ??

FF EMTs/Paramedics face many dangers while they protect our city by providing highest level of care. They should never be assaulted while performing their life saving work!

KHOU-11 explains the carjacking suspect “allegedly pointed his gun at the EMT who was still in the back.”

The suspect’s identity has not been revealed.

NASHVILLE, TN: A Motorcyclist Dead In A Fatal Two-Vehicle Collision