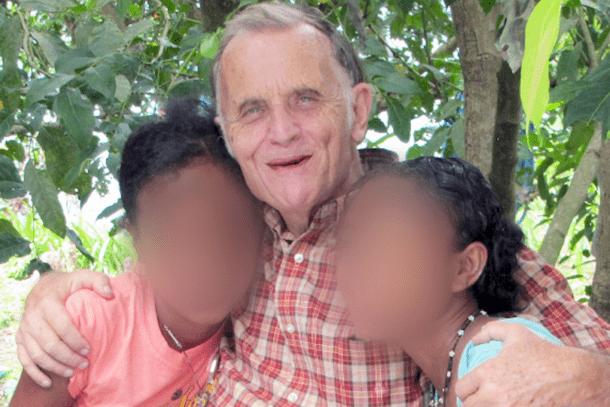 Defrocked Priest Charged in U.S. for Illicit Sexual Contact with Minors in East Timor, Where He Already Faces Prosecution


A federal grand jury in Washington, D.C., returned an indictment yesterday charging a U.S. citizen and resident of Timor Leste with seven counts of engaging in illicit sexual conduct in a foreign place.

According to court documents, Richard Jude Daschbach, 84, is a former priest who is alleged to have engaged in illicit sexual conduct with minor victims in Timor Leste starting in at least 2013. As alleged, Daschbach operated a “shelter home” for children in Timor Leste. Victims disclosed that Daschbach sexually abused them when they were children and resided in the shelter home. Daschbach was defrocked by the Catholic church after some of the victims disclosed the abuse to the church. Daschbach is currently facing related child sexual exploitation charges in Timor Leste. In addition, in 2019, a grand jury in the Northern District of California returned an indictment against Daschbach for wire fraud in connection with his fundraising activity for the shelter home.

Today’s indictment represents a significant step toward accountability for harms suffered by multiple vulnerable children allegedly victimized by this defendant,” said Assistant Attorney General Kenneth A. Polite Jr. for the Justice Department’s Criminal Division. “I’d like to thank the hardworking investigative and prosecution teams for their work today and every day to ensure that child predators face justice and children are kept safe.”

“This case shows that we will use the full extent of the law to prosecute U.S. citizens who allegedly prey on children, no matter how far we must go to bring them to justice,” said Acting U.S. Attorney Channing D. Phillips for the District of Columbia. “Together with our law enforcement partners, we must ensure that people placed in positions of trust do not betray their responsibilities to help the children who depend upon them.”

Daschbach is charged with seven counts of engaging in illicit sexual conduct in a foreign place, Timor Leste. If convicted, he faces a maximum penalty of 30 years in prison per count. A federal district court judge will determine any sentence after considering the U.S. Sentencing Guidelines and other statutory factors.

Mother, Son Attacked By Hatchet-Wielding Woman While Walking In Seattle

Nearly three weeks after the Idaho student murders shocked the college town of Moscow, investigators have backtracked on some of END_OF_DOCUMENT_TOKEN_TO_BE_REPLACED