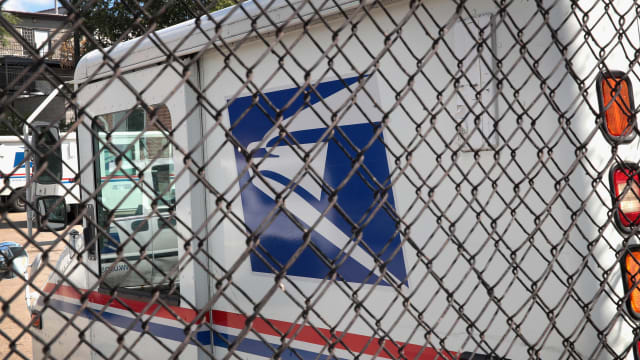 A Pennsylvania man fatally shot a postal worker and told police he did it because he believed the man had poisoned him and his family with cyanide when they were previously neighbors, according to a criminal complaint filed in Pittsburgh federal court.

Eric Kortz, 53, is accused of killing 58-year-old letter carrier Louis Vignone shortly after 10 a.m. Thursday, while Vignone was in uniform and on duty in his USPS vehicle. Vignone was pronounced dead at the scene from multiple gunshot wounds, including one to the head. Investigators found a firearm and seven spent shell casings in a yard nearby.

A short time later, Kortz showed up at the Carnegie Borough Police Department. There, he told cops that he had shot somebody and wanted to turn himself in.

Kortz was driven to Allegheny County Police Headquarters, where he sat for an interview and said he shot Vignone because he thought he had been poisoned by him. After locating Vignone on his route, Kortz said he cut off Vignone’s mail truck with his van and “went to put some bullets in him,” referring to Vignone, the complaint states, which does not explain why Kortz thought Vignone was dosing him with cyanide, or how he was supposedly doing it.

The Vignones moved to a different neighborhood in 2018, saying the family was going to “start fresh,” a neighbor told KDKA TV. Another told the news channel that Kortz was “beyond odd” and “obsessed with Vignone.” A third said Kortz said a couple of months ago that “something big was going to happen and the whole city of Pittsburgh would know about it.”

Kortz does not have a lawyer listed in court records, and was unable to be reached for comment. He is due back in court on Oct. 12, and if convicted, faces a maximum sentence of life imprisonment or death.

Alex Murdaugh apparently met with his lawyer, law partners, and relatives for a meeting three days after the murders of END_OF_DOCUMENT_TOKEN_TO_BE_REPLACED