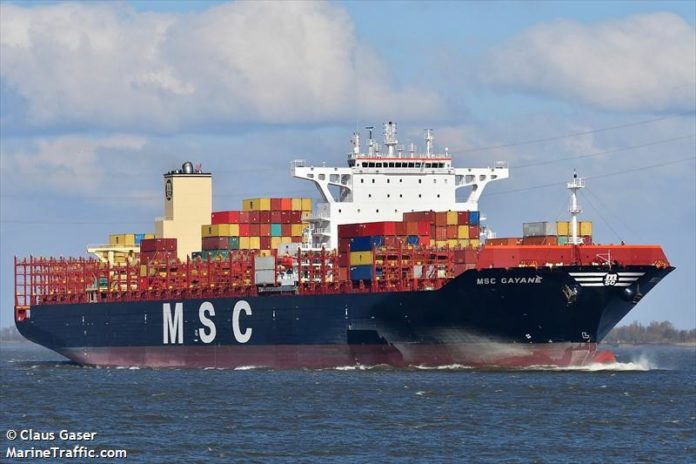 Container-Ship Crew Sentenced for Conspiracy To Smuggle $1 BILLION Worth of Cocaine into the U.S.


PHILADELPHIA – Acting United States Attorney Jennifer Arbittier Williams announced today that Ivan Durasevic, 31, and Nenad Ilic, 41, both of Montenegro, were sentenced by United States District Court Judge Harvey Bartle III, on charges of conspiracy to possess with intent to distribute cocaine on a vessel subject to the jurisdiction of the United States. Durasevic was sentenced to six and a half years in prison and two years of supervised release. Ilic was sentenced to seven years in prison followed by two years of supervised release.

Durasevic and Ilic worked on board the MSC Gayane, a commercial shipping vessel, as crew members; Durasevic was the second officer and Ilic was the engineer cadet. For months in early 2019, Durasevic, and Ilic conspired with others to engage in a bulk cocaine smuggling scheme. On multiple occasions during the MSC Gayane’s voyage and while at sea, crew members including the defendants helped load bulk packages of cocaine onto the vessel from speedboats that approached the vessel in the middle of the night under cover of darkness. Crew members used the vessel’s crane to hoist cargo nets full of cocaine onto the vessel and then stashed the cocaine in the vessel’s shipping containers; they bent railings on the ship and pulled back doors on the shipping containers so they could fit the huge quantities of cocaine into the containers. After hiding the drugs among legitimate cargo, crew members used fake seals to reseal the shipping containers in which they had stashed the cocaine in order to disguise their clandestine activities and contraband. Durasevic and Ilic operated mobile “narco” phones to coordinate the bulk cocaine smuggling with others on land and recruited other crew members while at sea to assist in the scheme.

On June 17, 2019, federal, state, and local law enforcement agents boarded the MSC Gayane when it arrived at Packer Marine Terminal in Philadelphia and seized about 20 tons of cocaine worth over $1 billion U.S. dollars from its shipping containers in one of the largest drug seizures in U.S. history.

Five other crew members from the MSC Gayane involved in this smuggling scheme were arrested, pleaded guilty to conspiracy to possess with intent to distribute cocaine, and have previously been sentenced based on their participation in the scheme. These crew members include Bosko Markovic, 39, of Montenegro, the ship’s chief officer; Vladimir Penda, 27, of Montenegro, the fourth engineer; Stefan Bojevic, 29, of Serbia, the assistant reeferman; Fonofaavae Tiasaga, 29, of Samoa, an able seaman; and Laauli Pulu, 34, of Samoa, an ordinary seaman. A sixth crew member, Aleksandar Kavaja, 27, of Montenegro, the electrician, pleaded guilty and is awaiting sentencing.

“As the sentences for the illegal conduct in this case continue to happen, they serve as a reminder that drug smuggling operations will be uncovered one way or another,” said Acting U.S. Attorney Williams. “Prosecutors in our Office have been working non-stop to pursue justice since the MSC Gayane docked in the port of Philadelphia over two years ago, and we will not stop until the case is closed.”

ALL PROCEEDS WILL BENEFIT THE NATIONAL CENTER FOR END_OF_DOCUMENT_TOKEN_TO_BE_REPLACED