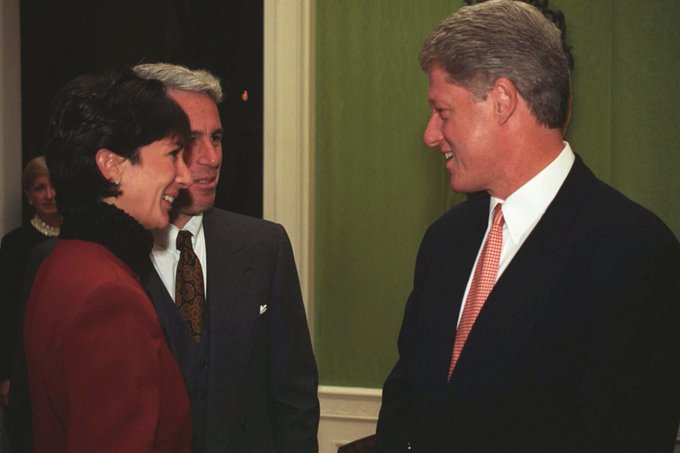 The images were published by The Sun, days after Maxwell’s last court appearance on sex trafficking charges in Manhattan, related to her alleged procurement of underage rape victims for the convicted pedophile.

The disgusting duo were invited to the White House in 1993, after Epstein reportedly donated money to have the Oval Office refurbished.

They toured the East Room and the presidential residence during a reception, the paper reported.

Clinton has maintained he was unaware of any sexual misconduct in his dealings with the wealthy financier. Epstein has also socialized with Donald Trump before he was president, and Prince Andrew — who Giuffre claims she was forced to have sex with.

Epstein, facing a slew of sex charges, was found fatally hanged in a Manhattan jail cell in August 2019.

The Florida mansion where he allegedly raped hundreds of girls and women was demolished last week.