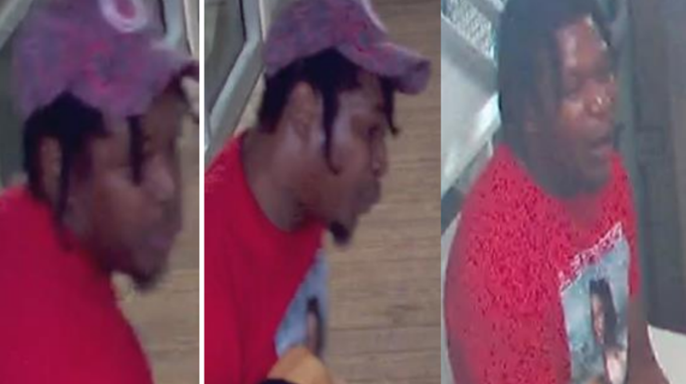 Chicago man allegedly beat and robbed victim, then pushed them onto train tracks

A Chicago man allegedly beat and robbed a victim on Thursday and then pushed that person onto a set of train tracks.

The incident happened on the city’s West Side on Thursday night at around 11:51 p.m. at the Green Line Conservatory/Central Park stop.

Police said that the man pictured in a red shirt and purple hat beat and robbed a person, then pushed them onto the train tracks.

Officials are still investigating the incident and are asking any individuals with knowledge of the incident to call (312) 745-4706.

A CTA spokesperson previously told Fox News Digital that security guards are being placed in areas based on recent incidents that have occurred. 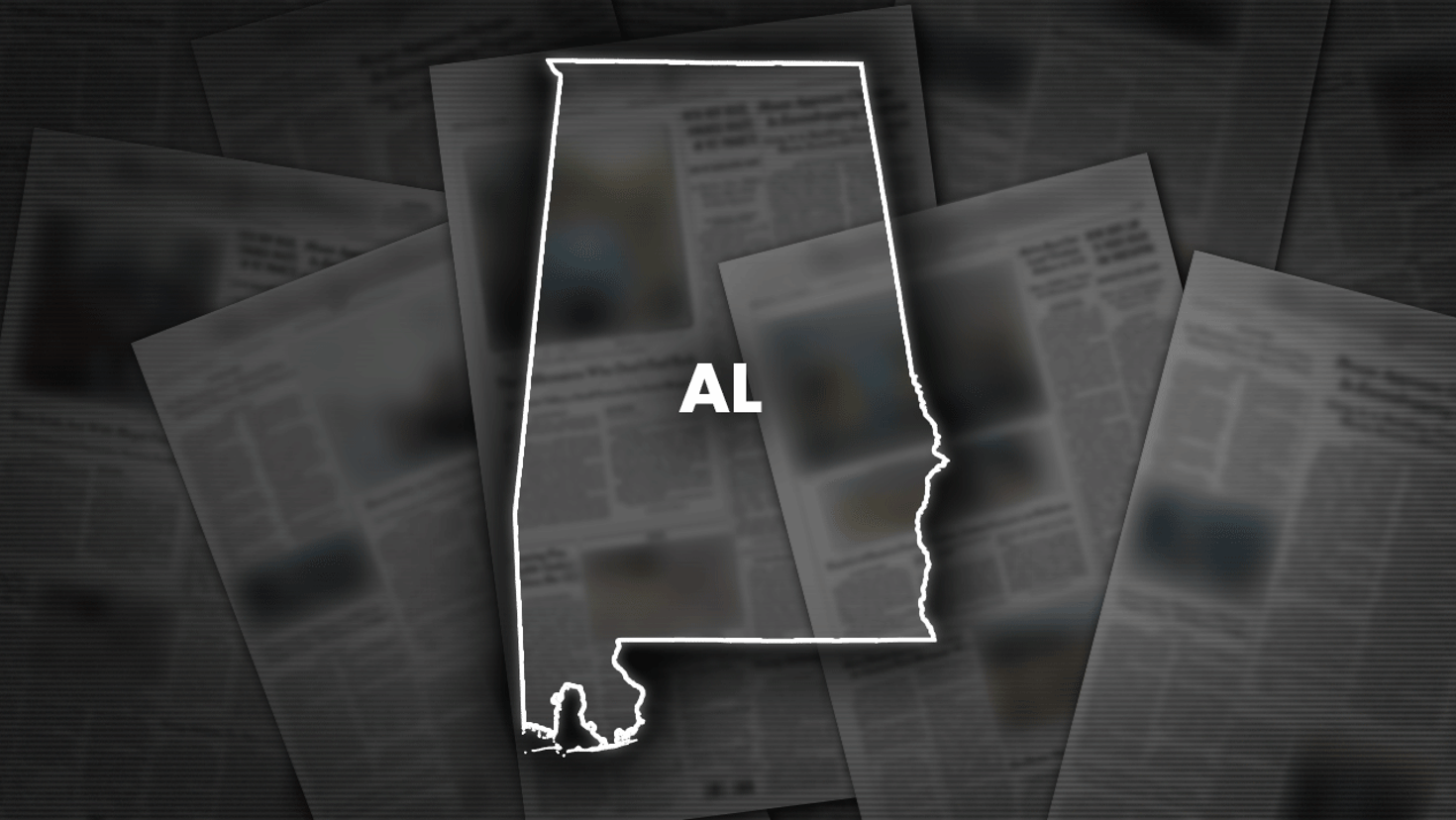 An Alabama corrections officers has been placed on leave following a video that appears to show him beating a distressed inmate who had climbed to the edge of a roof.

The video, circulating on social media, shows what appears to be a distressed inmate on the edge of a roof at a building at Elmore Correctional Facility, while a group of prison staff look at him from the ground. An officer walks across the roof and drags the inmate back from the edge. The officer then appears to punch the inmate several times once he is away from the edge.

Officer Ell White has been placed on mandatory leave pending investigation, a spokesperson for the Alabama Department of Corrections wrote in an email.

The prison system said Jimmy K. Norman, a 44-year-old inmate, “had climbed on top of the facility chapel, prompting Officer White and other correctional officers to attempt to escort Norman off the roof.”

The Law Enforcement Services Division of the Alabama Department of Corrections is investigating the incident and response by the staff involved, the prison system said.

The U.S. Department of Justice has an ongoing civil lawsuit against Alabama over conditions in the state prisons, saying the state is failing to protect male inmates from inmate-on-inmate violence and excessive force at the hands of prison staff.

The 2020 lawsuit alleges that conditions in the prison system — which the Justice Department called one of the most understaffed and violent in the country — are so poor that they violate the ban on cruel and unusual punishment and that state officials are “deliberately indifferent” to the problems. Alabama officials have acknowledged problems in the prison system, but are disputing the Justice Department’s accusations. 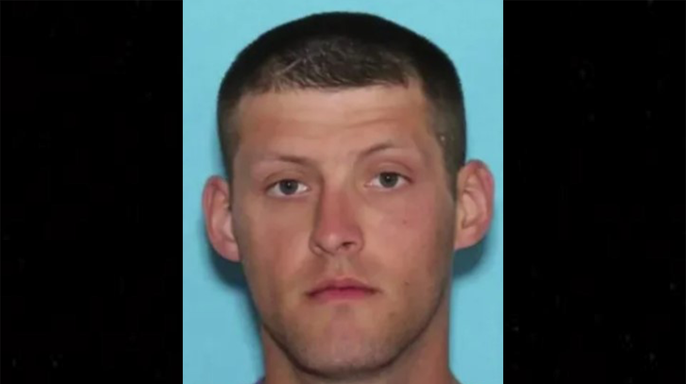 A West Virginia man was arrested in Georgia for rape after the victim was able to notify authorities of her location using a smartphone application and an alligator sign.

According to Coweta County, Georgia, authorities, a 17-year-old girl met suspect Dalton Ramsey online. He offered to drive her to see her boyfriend in Pennsylvania last week. But after picking her up, he instead stopped at B.T. Brown Reservoir Park, bound her hands with tape and sexually assaulted her at knife point.

“Somewhere along there, their ride to Pennsylvania, they pulled off in Coweta County, and he rapes her at knife point, and we were able to confirm the incident happened inside Coweta County,” Coweta County Sheriff’s Investigator Toby Nix said.

Investigators said Ramsey allowed the victim to use her smartphone, which she used to tip off authorities to her location.

Dalton Ramsey was arrested in Georgia for rape after the victim was able to notify authorities of her location using a smartphone application and an alligator sign.

The girl first shared her location with her boyfriend. Investigators said her boyfriend did a quick Google search to discover an online image of an alligator warning sign for boaters at the reservoir. She confirmed she had seen the sign outside the closed park.

She then used an app called Noonlight once she and Ramsey were back on the road. Noonlight began tracking her phone and alerted authorities of her location. Within the app, the girl typed in “rape” and a description of the vehicle.

Investigators said Ramsey had allowed the victim to use her smartphone, which she used to tip authorities of her location.

Ramsey was pulled over and arrested on September 6 in Habersham County, where he was taken into custody on kidnapping charges. He will be extradited to Coweta County for additional charges.

Investigators said the victim’s boyfriend did a quick Google search to discover an online image of an alligator warning sign for boaters at the reservoir.

The Coweta County Sheriff’s Office is charging him with rape, kidnapping, aggravated assault with a weapon and possession of a knife during the commission of a crime.

The victim has been reunited with her family, authorities said. 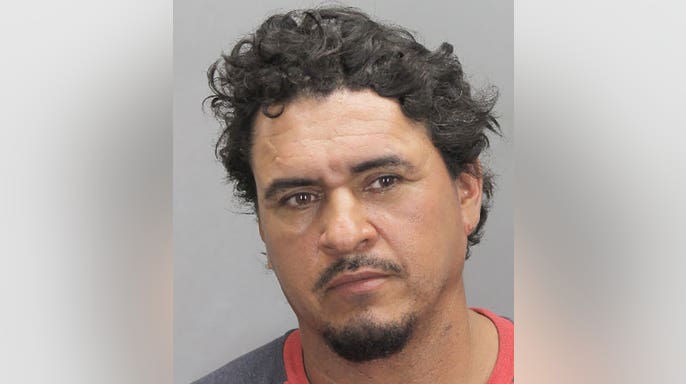 Virginia police have arrested the naked madman accused of a string of attacks and abduction attempts against women and girls along the popular Washington and Old Dominion (W&OD) Trail over the past several weeks.

Juan Alfaro Rodriguez, 42, of Herndon, Virginia, was arrested on Thursday on warrants from another state, Fairfax County Police Department said in a press release published on Saturday.

Through an investigation by the department’s Major Crimes, Cyber and Forensics Bureau and the Herndon Police Department, Alfaro Rodriguez was charged with three counts of indecent exposure.

A press conference slated for 10 a.m. on Monday was scheduled to provide more details on how Alfaro Rodriguez was tracked down and caught.

“Detectives are continuing to review evidence to confirm Alfaro Rodriguez’s involvement in other cases,” the Fairfax County Police Department said, asking community members residing in the area to please “review home surveillance for any suspicious activity.”

The Herndon Police Department, in a press release of its own Saturday, said Rodriguez Alfaro had also been charged with obscene sexual display and sexual battery stemming from an incident on Aug. 26. That day, police said a naked man approached a woman from behind on the trail and grabbed her around the waist.

Though she managed to break free, the man with no pants ran from the scene, and K-9 searches of the area initially came up empty.

A man matching the same description – a White or Hispanic male with an athletic build standing between five-foot-five-inches and five-foot-eight-inches tall and between ages 30 and 40 – reportedly exposed himself between 6 a.m. and 9 a.m. on the trail on Aug. 3, 15 and 18. The suspect sometimes wore a yellow vest or dark-colored jogging attire and a head wrap.

Another more recent incident reportedly involved a teen girl nearly abducted while walking her dog on the trail.

“Through witness interviews, video provided to us from the community, and tips from Town of Herndon residents, detectives from our Criminal Investigations Section developed suspect leads that ultimately led them to Rodriguez Alfaro,” the Herndon Police Department said. “They then shared this information with investigators from Fairfax County Police Department, which provided them the evidence they needed to pursue charges in similar incidents that occurred in their jurisdiction.”

Herndon Police Chief Maggie DeBoard was expected to provide more details on the arrest on Sunday.

Rodriguez Alfaro is currently in custody at the Fairfax County Adult Detention Center. He is being held without bond on local charges and as a fugitive from another state, police said.