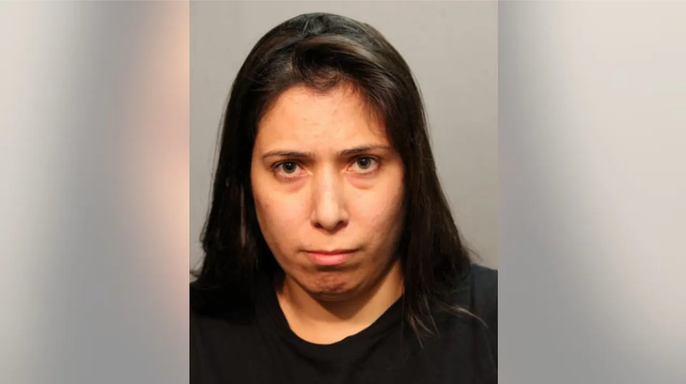 Chicago officials say that the child isn’t likely to survive

A Chicago judge denied bail for an Illinois woman who allegedly pushed her 3-year-old nephew into Lake Michigan and initially told police she didn’t know who the child was, according to prosecutors.

Victoria Moreno, 34, is being charged with aggravated battery of a child under the age of 13 and attempted first degree murder after police said that she pushed the boy into the water off of the Navy Pier on Monday at around 1 p.m. and not making an attempt to rescue him, according to FOX 32.

Surveillance video in the area allegedly show Moreno doing nothing to help the child who was in the water drowning. The child was eventually rescued, but not before he vomited twice and sank in Lake Michigan before people nearby threw in a flotation device.

The 3-year-old boy was eventually rescued from the bottom of the lake by the Chicago Fire Department.

Officials said that the boy went into cardiac arrest after being pulled up from the lake and was taken to a local hospital. However, he’s on a ventilator and officials say that he’s not likely to survive.

Moreno could face additional charges depending on the 3-year-old’s condition.

The boy has bleeding in his lungs, swollen brain, seizures, and also needed a heart infusion because he had a depressed heard.

Before the incident on Monday, the 3-year-old boy’s mother dropped him off with his grandparents in suburban Des Plaines, officials said, adding that Moreno left with the boy after the grandmother went to change upstairs.

When at the Navy Pier, officials said Moreno watched the child crawl under a chain that separates the sidewalk from the water while there were other people around. After waiting for others around her to leave, officials say that Moreno then went over the chain and pushed the 3-year-old into the water.

When police officers responded to the incident, she said that she was just a witness to the child being pushed in the water. She later said that she was holding the boy by his shirt and let go, stating that he “was acting up,” a police report states.

The police report states that Moreno didn’t make an attempt to rescue the 3-year-old and didn’t call 911. She also allegedly told police that she was unaware of whom the child was.

Moreno has a history of suffering from various mental illnesses such as depression, anxiety, and insomnia. She is due back in court on Sept. 30 with no bail, and was ordered to not contact any of the witnesses or her family.