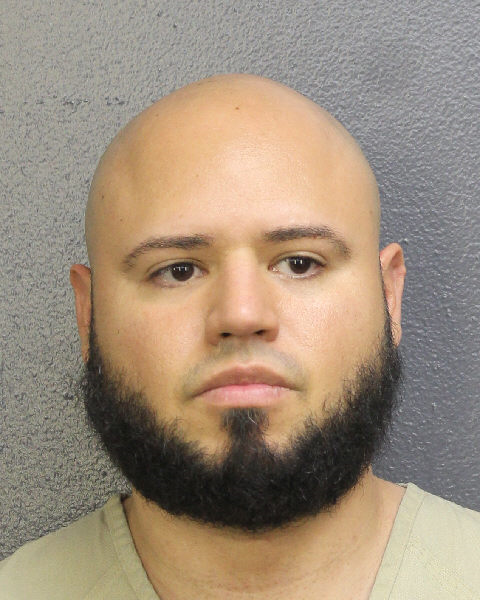 BSO Special Victims Unit detectives led a coordinated operation with the collaboration of the U.S. Marshals Fugitive Task Force, BSO SWAT, Homeland Security Investigations and the Miami Police Department to locate Carias-Carrilo. Detectives found him at a hotel in Miami shortly before 5:30 p.m. on Tuesday, Sept. 7.

Investigators said his car was packed with his belongings, and he appeared to have no plans to surrender.

On Aug. 27, at 8:19 p.m., BSO deputies and Broward Sheriff Fire Rescue responded to an emergency call for medical assistance in the 4400 block of Crystal Lake Drive in Deerfield Beach. On scene, emergency crews made contact with Carias-Carrilo’s girlfriend, who was suffering from ‘multiple injuries.’

Through further investigation, deputies learned the victim, who was transported to a local hospital to be treated for her injuries, had been assaulted by Carias-Carrilo. Detectives later determined Carias-Carrilo had taken 5-year-old Zaynah Obidy and 6-year-old Zain Obidy from the home.

During the search for the siblings, detectives requested that the Florida Department of Law Enforcement issue a statewide AMBER Alert. On Saturday, Aug. 28, the BSO Special Victims Unit located the children. They were in good condition and were reunited with their family.

Carias-Carrilo is currently being held without bond at the BSO Main Jail and faces two counts of armed kidnapping for the incident involving Zaynah and Zain on Aug. 27 in Deerfield Beach. He also faces an additional count of aggravated battery with a weapon.

Alex Murdaugh apparently met with his lawyer, law partners, and relatives for a meeting three days after the murders of END_OF_DOCUMENT_TOKEN_TO_BE_REPLACED