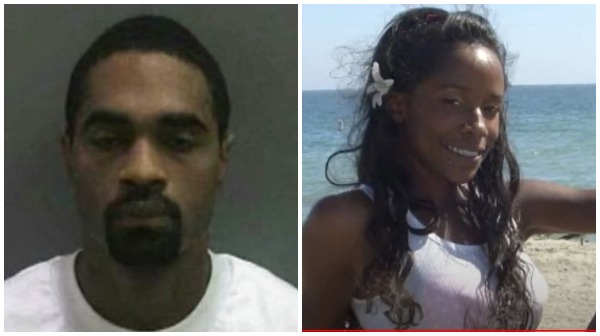 A California man who bashed his wife’s head in, then staged her body on the couch while her children opened their Christmas presents was convicted Wednesday of second-degree murder.

William Wallace, 39, used “blunt force trauma” to knock Zazell Preston, 26, unconscious sometime between between Dec. 24 and Dec. 25, 2011, according to investigators.

On Christmas morning, Wallace then propped Preston’s body on the couch with sunglasses on and proceeded as normal.

Preston and Wallace’s 7-week-old son lived with them in Anaheim, as well as Preston’s children from a previous relationship, 3-year-old and 8-year-old daughters.

Her oldest daughter, now 17, testified against Wallace, describing what she remembered from that night, including him pushing her mother onto a glass table, then asking the then-8-year-old to help pull glass out of her body. Wallace then dragged Preston into the bathroom and dropped her against the toilet.

“After she hit the toilet, and I think she was passed away, he just took her to the bedroom and put her down to sleep while she was deceased,” the daughter said, according to the Orange County Register


. “That is what I remember, because she was cold.”

The next morning, the daughter testified, she and her sister woke up and went into the living room for gifts. Wallace was dragging Preston back out to the couch.

“I remember trying to touch my mom and she was just rock hard, cold and I said, ‘Mommy,’ and she didn’t respond,” she said.

“He had been threatening to kill her for three years,” Brown said during the trial, according to the Register. “And on Christmas, he made good on those threats.”