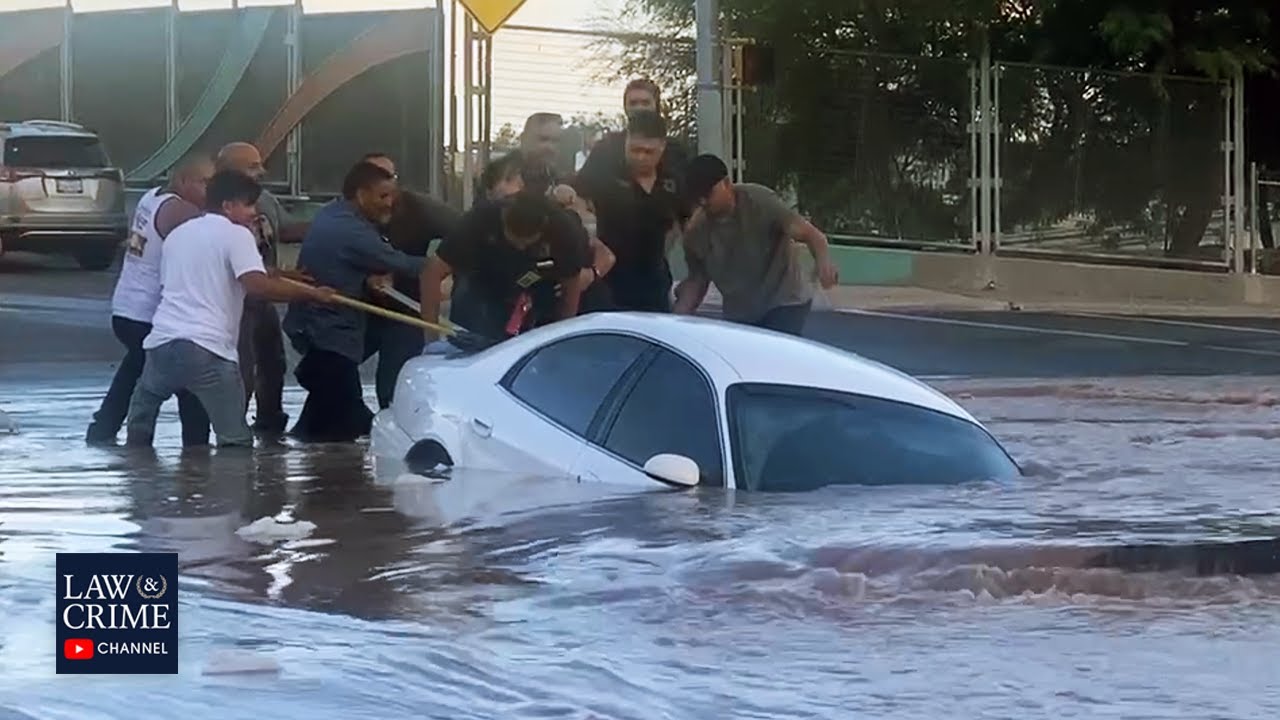 WATCH: Bystanders and firefighters with the El Paso Fire Department in Texas rescued a woman trapped in her car moments before a sinkhole swallowed it on Tuesday. According to the department, the woman was transported to a local hospital with minor injuries.