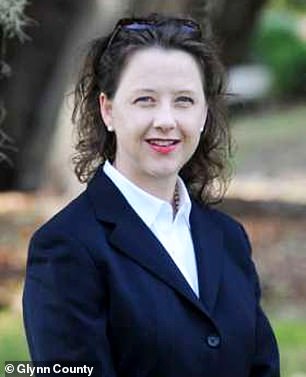 
ATLANTA, GA —Attorney General Chris Carr today announced the indictment of former District Attorney Jackie Johnson on charges of Violation of Oath of Public Officer and Obstruction of a Police Officer. As alleged in the indictment, these charges are related to the investigation surrounding the shooting death of Ahmaud Arbery.

“Our office is committed to ensuring those who are entrusted to serve are carrying out their duties ethically and honestly,” said Attorney General Chris Carr. “We thank the Georgia Bureau of Investigation and the Glynn County Grand Jury for their hard work. While an indictment was returned today, our file is not closed, and we will continue to investigate in order to pursue justice.”

Attorney General Carr’s Prosecution Division presented evidence to a Glynn County grand jury over several months, resulting in Johnson’s indictment on September 2, 2021. Specifically, the indictment charges Johnson with the following which, if convicted, can carry the respective penalties:

“No further information about the investigation or about Jackie Johnson’s alleged crimes other than that stated in the indictment may be released at this time,” said Attorney General Chris Carr.

Read the full indictment below.

GRAPHIC: Videos Released After Cops Convicted In Death Of 23-Year-Old Who Was Placed Face Down In Transport Van