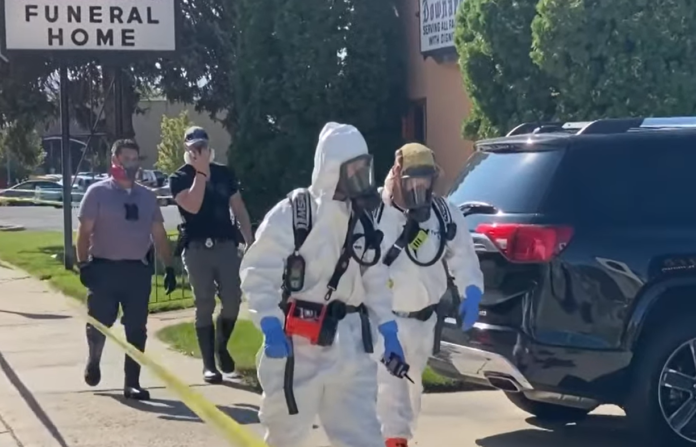 
Below is a news release from Idaho State University.

POCATELLO, IDAHO — The [at least 50] fetuses recovered last week from Downard Funeral Home have been positively identified as remains that were donated to Idaho State University for educational purposes as part of a decades-old biology collection showing fetal development. This collection was transferred to Downard Funeral Home for cremation in April 2017.

During the course of this week’s investigation by the Pocatello Police Department, Idaho State learned for the first time that the fetuses were never cremated by the funeral home.

In 2016, the Idaho Legislature passed the Idaho Unborn Infants Dignity Act, Idaho Code 39-9306, which generally prohibits public institutions from using unborn infant remains or embryonic stem cells for research or study. After determining the biology collection likely fell under the purview of the new law prohibiting its educational use, the University reached out to Downard Funeral Home for assistance with cremation and final disposition, as allowed by law. In April 2017, Downard Funeral Home picked up the collection containing 61 fetuses, the majority of which were donated to ISU prior to 1981 and did not contain any new donations beyond 1998.

Idaho State’s relationship with Downard Funeral Home ended in May 2020. An internal audit last fall of all records and dealings with Downard Funeral Home indicated multiple causes for concern. The University filed formal complaints with the Bannock County Prosecuting Attorney’s Office, the Pocatello Police Department, and the Idaho Division of Occupational and Professional Licenses. At no time during the University’s internal audit was it discovered that the fetal remains were never cremated.

Idaho State has been proactive and cooperative in ongoing discussions with state agencies and local law enforcement.

On this episode of “Prime Crime with Jesse Weber,” he takes us through the bizarre case of Anthony Todt, a END_OF_DOCUMENT_TOKEN_TO_BE_REPLACED

Andrew Tate and his brother, Tristan, were arrested in Romania a month ago for allegations of human trafficking and organized END_OF_DOCUMENT_TOKEN_TO_BE_REPLACED