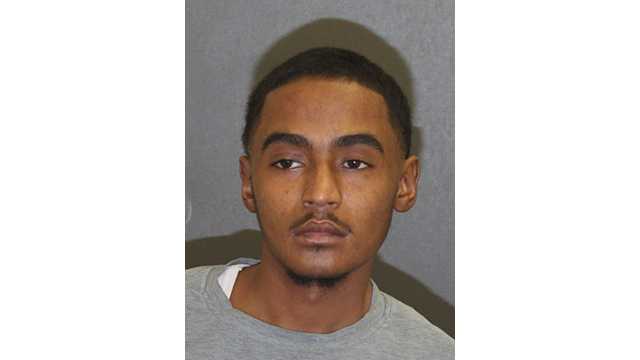 
Earlier this month, Herbert Miller pleaded guilty to First Degree Child Abuse Resulting in Death and was sentenced to 50 years, suspending all but 20 years in prison , and 5 years of probation upon release.

“The nature of this case is truly heartbreaking and deeply upsetting. While I am thankful that justice has been served for baby Harlem, I recognize that today’s outcome pales in comparison to the unthinkable suffering experienced for her mother from the loss of her innocent and beautiful baby,” said State’s Attorney Marilyn Mosby.

On December, 22, 2019 at approximately 10:00 p.m., Baltimore Police officers responded to the 2400 block of Louise Avenue following a report of an unresponsive child. At the scene, found seven month-old Harlem Phillips and immediately transported him to Johns Hopkins Hospital Pediatric Center. Doctors discovered that she suffered from internal subdural hematoma to her head, retinal eye hemorrhaging and was in critical condition.

Baltimore City Police Department Child Abuse Unit was notified and responded to the hospital. Upon arrival, they spoke with medical personnel who informed them that the victim went into cardiac arrest and had bleeding on the brain with injuries commonly found in cases with shaken children.

Further investigation revealed that on December 21, 2019, the victim’s mother left the child with her boyfriend, Herbert Miller, to babysit for the weekend. According to witnesses, Miller claimed the victim fell off the couch and her eyes rolled back, at which point Miller called 911. He was the only person watching the infant at the time.

Miller was subsequently interviewed and then admitted to shaking the victim because she would not stop crying. The infant remained in critical condition during her admission at the pediatric intensive care unit and, despite medical intervention, was pronounced deceased on December 25, 2019.

On December 26, 2019, an autopsy was performed and found bleeding in the scalp, around and within the brain, in the eye and eye nerves, and in the spinal cord. There was also swelling on her brain. The injuries were consistent with inflicted injury. The manner of death was ruled a homicide.

Office of the State’s Attorney for Baltimore City