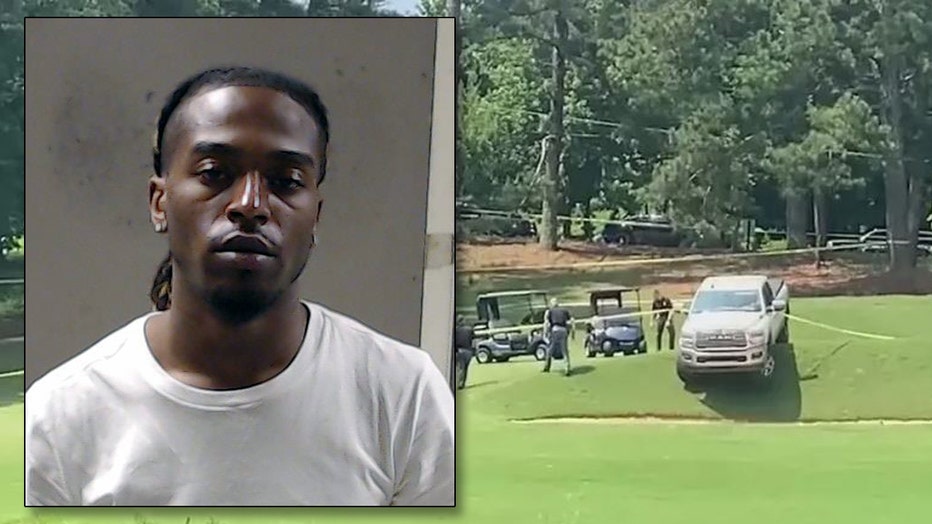 The man who police call the “lone shooter” in the murder of three people found on the tenth hole of Pinetree Country Club’s golf course on Saturday afternoon was arrested on Thursday.

Bryan Anthony Rhoden, 23, of Atlanta, was apprehended by the Southeast Regional Fugitive Task Force in Chamblee around 5:30 p.m., the U.S. Marshals Office said. Investigators said Rhoden was asked to come to the police station on other charges and was taken into custody.

Police believe Siller was not targeted by the suspect but witnessed an active crime leading to his death.

“We definitely feel confident there was no relationship between the shooter and Mr. Siller,” the chief said, but added investigators are still exploring what link Rhoden had to the other two victims.

Investigators believe the killer abandoned the white pickup he was driving after shooting Siller and took off on foot.

According to online DeKalb County jail records, Rhoden was arrested by the Chamblee Police Department for DUI, providing false ID, and other vehicle and traffic charges just hours after the discovery on the tenth hole green. He was booked into the jail early Sunday morning just before 2 a.m. and was released two days later on bond, jail records show.

“At this point, I don’t want to discuss what all we knew at that point, because like I said, the investigation is still continuing, and we’re actually involved at this moment with discussions,” the chief said.

Police also did not want to discuss if Rhoden had any prior criminal charges.

“I think that is something we’re not going to discuss this evening, but maybe it will come up in the future,” the chief said.

Rhoden will be booked into the Cobb County jail without bond once detectives are done questioning him.

An investigation is underway after an 11 year old was fatally shot Sunday afternoon in Dallas.