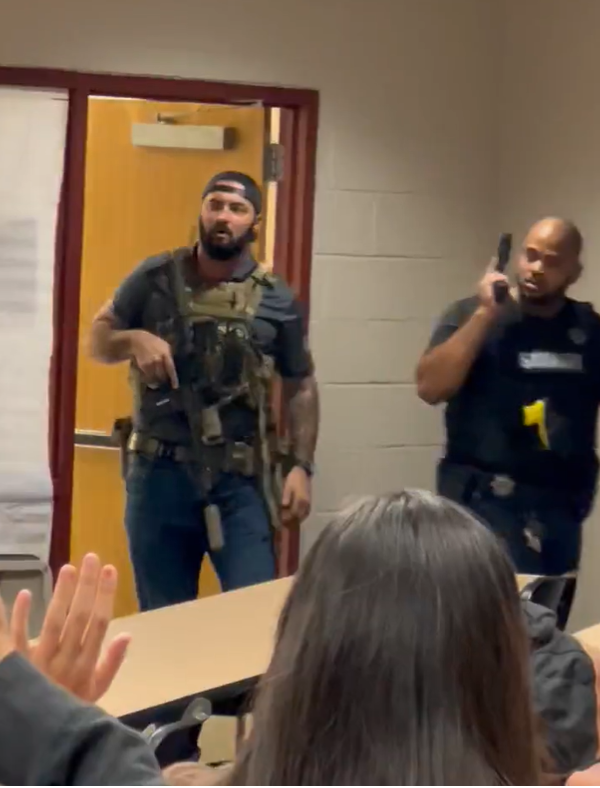 UPDATE: At this time there are no confirmed injuries.
Parent staging is at 306 E 15th Street. Please avoid the area if your presence is not needed.

Media staging will be at the corner of Cortlandt & 14th Street.

at Heights High School rn. this is sad man. you never think it will be your school until it is pic.twitter.com/uGXGDHRVYz

This is the new reality for our kids who are just trying to learn and live another day!
There was an incident at Heights High School in Houston Texas and SWAT is going classroom to classroom pic.twitter.com/LBS34Lvxek

Meanwhile, police in Waco, Texas said they were also clearing Waco High School due to a “situation.”

We are aware of the situation at Waco High School and have multiple agencies on scene, we are inside and clearing the building. Parents can go to the BASE for reunification.

The local school district said there was a shooting reported inside a classroom but the report “does not appear to credible.”

Waco PD received a report of a shooting in a classroom at a Waco High. At this time, that does not appear to be credible, however, law enforcement is in the process of clearing the building. pic.twitter.com/lGwd2sMGKK

Anne Schwartz, the reporter who first broke the Jeffrey Dahmer story and author of “Monster: The True Story of the END_OF_DOCUMENT_TOKEN_TO_BE_REPLACED