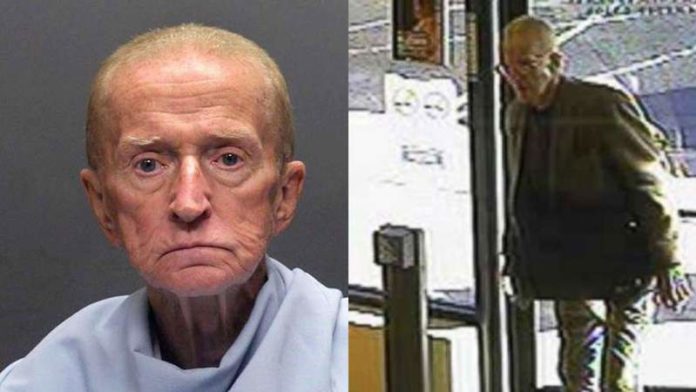 
TUCSON, Ariz. –Robert Francis Krebs, 84, of Tucson, Arizona, was sentenced Tuesday to 262 months in federal prison, followed by five years of supervised release. Krebs was previously convicted by a jury for armed bank robbery. Krebs was also ordered to pay restitution in the amount of $8,385.

On January 12, 2018, Krebs used a BB gun to rob two bank tellers of over $8,000 at a Pyramid Federal Credit Union in Tucson, Arizona. Krebs was arrested the following day at a motel where he had been residing.

Krebs has an extensive prior criminal history and was on a term of probation in Florida when he committed this robbery.

“Defendant’s criminal history extends over 50 years beginning with serving a prison term of three years for committing bank embezzlement in 1966 in Chicago, Illinois,” prosecutors wrote. “The defendant did not appear remorseful for his criminal conduct and admitted he wanted to get caught and go back to the prison system.”

“What the hell is this?!” Video shows man allegedly high on meth while recklessly driving a semi-truck

On this episode of “Prime Crime with Jesse Weber,” he takes us through the bizarre case of Anthony Todt, a END_OF_DOCUMENT_TOKEN_TO_BE_REPLACED

Andrew Tate and his brother, Tristan, were arrested in Romania a month ago for allegations of human trafficking and organized END_OF_DOCUMENT_TOKEN_TO_BE_REPLACED