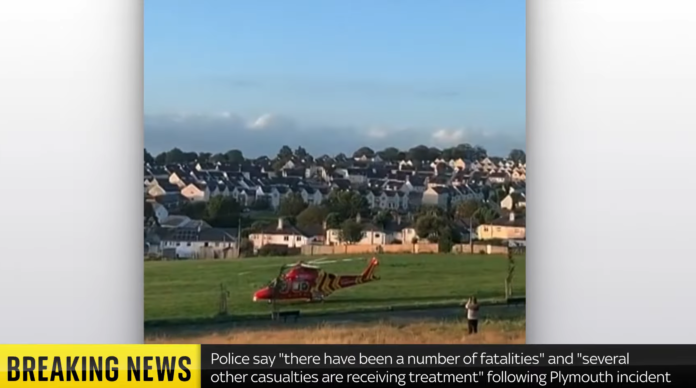 
UNITED KINGDOM – Six people are dead, including the suspected shooter, following a shooting in Plymouth, southwest England on Thursday. Police say the incident is not related to terrorism.

Devon & Cornwall Police released the following summary of events: Police were called to a serious firearms incident in Biddick Drive, in the Keyham area of Plymouth at around 6.10pm today [Thursday 12 August].

Another female treated at the scene for gunshot wounds, died a short time later in hospital.

All of the next of kin of the deceased have been located and informed by Devon & Cornwall Police officers.

Devon & Cornwall Police would stress this is not a terrorism related incident.

The area has been cordoned off and police are not looking for anyone else in connection with the incident.

Investigations are continuing into the incident and disruption to the road network in the Keyham will remain throughout the night.

Police continue to ask any members of the public with mobile phone footage of the immediate aftermath of the incident not to post this on social media platforms and to respect those families who have lost loved ones this evening.

There is no known motive for the shooting.

Alleged Serial Rapist Convicted In 1st Of 12 Cases In Minneapolis