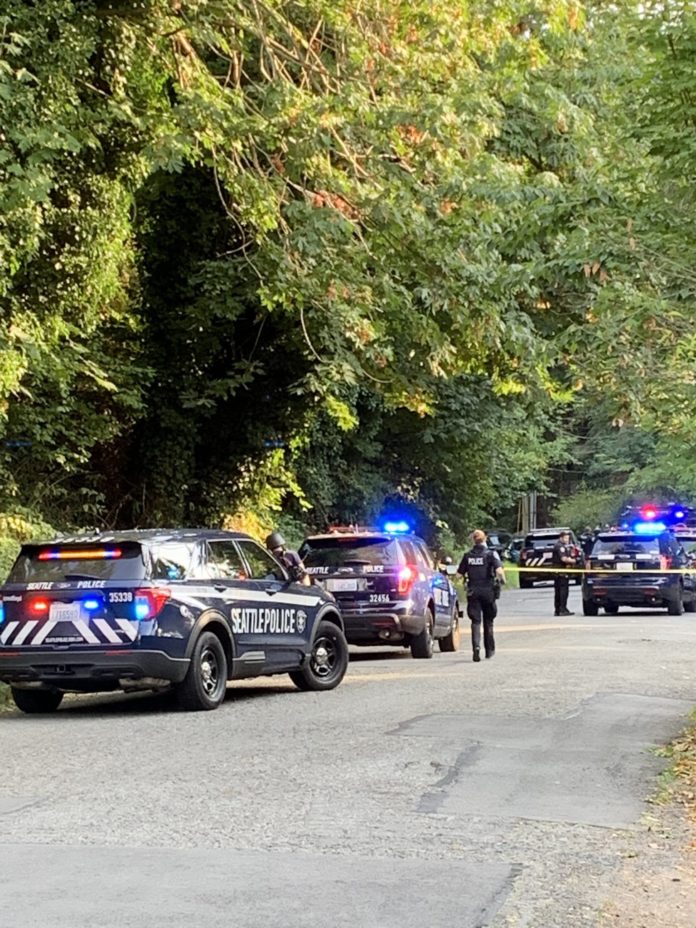 A suspect was found deceased in the residence where he had barricaded himself after shooting and injuring his mother Tuesday evening.

At approximately 5:15 p.m., police were called to a residence in the 1900 block of 32nd Ave W for a family disturbance. As officers arrived, they heard gunshots from inside the house. Shortly after, a woman came out of the home with multiple gunshot wounds to her legs. The woman stated her son had shot her. Police applied tourniquets and safely removed her from the area to transfer her to Seattle Fire Department Medics. Medics transported the 44-year-old woman to Harborview Medical Center in serious condition.

Police used a PA system to safely call out two additional members of the household, who were not injured. The suspect did not respond to requests to peacefully surrender.

After a judge approved a warrant to enter the home and arrest the suspect, SWAT team members made entry. SWAT officers found the 20-year-old suspect deceased in the home, from an apparent self-inflicted gunshot wound.

The motive for the crime remains under investigation.

On this episode of “Prime Crime with Jesse Weber,” he takes us through the bizarre case of Anthony Todt, a END_OF_DOCUMENT_TOKEN_TO_BE_REPLACED

Andrew Tate and his brother, Tristan, were arrested in Romania a month ago for allegations of human trafficking and organized END_OF_DOCUMENT_TOKEN_TO_BE_REPLACED