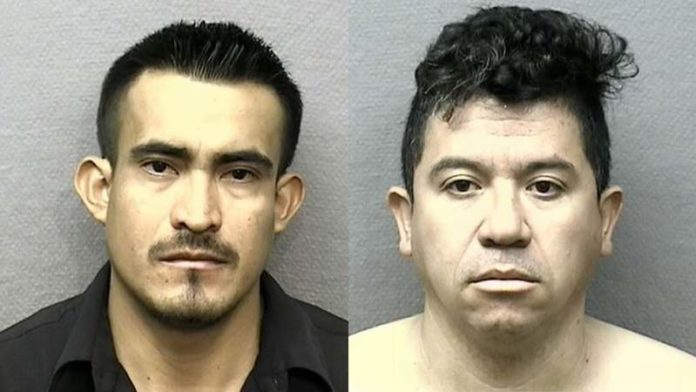 
TEXAS – Two Houston men have been sentenced to 30 years in prison for the kidnapping, raping and robbing of a woman in Sharpstown in 2017.

“No one should have to go through a random act of violence like this, and my heart goes out to the victim,” Harris County District Attorney Ogg said. “She was terrorized and traumatized and still had the presence of mind to get away and seek justice.”

Martin Cruz, 42, was sentenced to 30 years in prison by a Harris County jury late Wednesday after a week-long trial. He was convicted of aggravated kidnapping for abducting a woman at gunpoint outside an apartment complex in southwest Houston, across the street from Cruz’s apartment.

Evidence presented in court showed that Cruz and Ricardo Matilde-Silvas, 34, approached the victim on March 16, 2017 and forced her into her vehicle at gunpoint. Inside the car, she was sexually assaulted and made her to wear a jacket over her head. They took her to an ATM, made her take out $300, and then brought her back to Cruz’s apartment where she was again sexually assaulted. After the attack, she convinced the two men to release her, and she immediately contacted Houston Police.

Matilde-Silvas pleaded guilty to aggravated sexual assault for his part in the incident in exchange for a 30-year prison sentence in April.

Assistant District Attorney Kim Nwabeke who handled the case with prosecutor, ADA Chris Handley, told jurors during the week-long trial that the victim lived through her own horror story and came away stronger.

“She lived every young woman’s worst nightmare, being taken in the night by the monster next door,” Nwabeke said. “Now, she’s turned the tragedy into strength and is working to empower other survivors to speak out.”

The case was investigated by the Houston Police Department and prosecuted by the Sex Crimes Division of the Harris County District Attorney’s Office.

“We thank the jurors for their service and the prosecutors and police in this case for their work in seeing that justice was delivered for the victim and our entire community,” Ogg said. “We are grateful to them.”

Florida Woman Also Locked Up After Doing A Bit Too Much During Jail Visit, Deputies Say