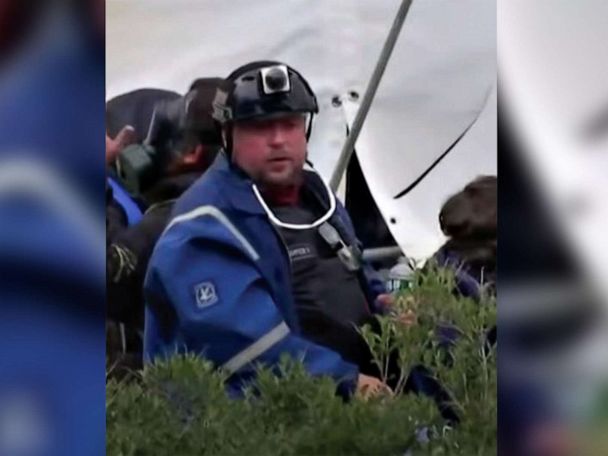 1st Capitol Rioter To Stand Trial Gets 7 Years, The Longest Sentence For A Jan. 6 Defendant So Far


WASHINGTON – A Texas man was sentenced today to 87 months in prison on civil disorder, obstruction of justice, and other charges for his actions before, during, and after the breach of the U.S. Capitol on Jan. 6, 2021. His and others’ actions disrupted a joint session of the U.S. Congress convened to ascertain and count the electoral votes related to the presidential election.

Guy Wesley Reffitt, 49, of Wylie, Texas, was the first to stand trial among the hundreds of defendants charged in connection with the Jan. 6, 2021, breach of the Capitol. He was found guilty by a jury in the District of Columbia on March 8, 2022, of five charges, including two counts of civil disorder, and one count each of obstruction of an official proceeding, entering and remaining in a restricted building or grounds with a firearm, and obstruction of justice.

“Guy Reffitt came to the Capitol on Jan. 6 armed and determined to instigate violence,” said Matthew M. Graves, U.S. Attorney for the District of Columbia. “In his own words, his goal was to take the Capitol ‘before the day is over.’ He and others contributed to the many assaults on law enforcement officers that day, putting countless more people – including legislators – at risk. The “jury’s verdict and today’s sentence hold him accountable for his violent, unconscionable conduct.”

Minutes after Guy Reffitt was sentenced to 7 years in Capitol riot case… his daughter calls for “life in prison” for Donald Trump pic.twitter.com/01pw2uBsP8

“Today’s sentence reflects the seriousness of the crimes committed by Mr. Reffitt, and underscores the wanton disregard he had for one of the pillars of our democracy—the peaceful transition of power,” said Steven M. D’Antuono, Assistant Director in Charge of the FBI Washington Field Office. “The FBI and our law enforcement partners continue to be steadfast in our commitment to ensure that all individuals who committed crimes on January 6 are held to account for their actions.”

According to the government’s evidence, Reffitt was a member of the Texas Three Percenters, a militia organization. He sent messages recruiting others in the group to join him in traveling to Washington, D.C. on Jan. 6, 2021. Among other things, he told the group, “we will strike the match in D.C. on the 6th.” Another militia member joined Reffitt, and the two left Texas on Jan. 4 for a trip of more than 1,000 miles in Reffitt’s car. Both men brought along handguns and AR-style rifles.

On the morning of Jan. 6, both men went to a rally on the Ellipse before heading to the Capitol. They were wearing body armor and carrying handguns, flexi-cuffs, and radios for communication. Reffitt also had a megaphone as well as a helmet with a camera mounted on the top for recording purposes. His mission, according to the evidence, was to stop Congress from acting. He was specifically targeting Speaker of the House Nancy Pelosi and Senate Majority Leader Mitch McConnell. He told members of his militia group and those gathered around him at the Ellipse that he planned to physically drag Speaker Pelosi out of the Capitol Building by her ankles.

Reffitt repeatedly made statements recorded by his helmet camera while at the Ellipse on Jan. 6, including one in which he declared, “We’re taking the Capitol before the day is over.”

By approximately 1:50 p.m., Reffitt was at the front of a pack that charged U.S. Capitol Police officers at the terrace on the west side of the Capitol building. He climbed a banister, led the mob up staircases outside the Capitol building, and kept advancing on the officers holding the police line, even as he was struck repeatedly by the officers’ less than lethal projectiles and O.C. spray.

As he kept moving, Reffitt urged others to keep moving forward, too. He eventually made it up the stairs to outside the Senate wing of the Capitol, as others breached the building, but he did not personally go inside. While narrating a video he recorded that day, he stated, “I said I wasn’t leaving till I got in there. I didn’t make it in there. But I started the fire.”

Reffitt later boasted about his actions in conversations with his traveling companion as well as in messages and a meeting with other militia members. On Jan. 9, 2021, for instance, he wrote, “We took the Capital of the United States of America and we will do it again.” But his mood quickly changed. On Jan. 10, 2021, after learning that the Texas Three Percenters’ leader had been questioned by Texas law enforcement agents, Reffitt sent messages to several other group members, urging them to “Start purge of all previous conversations. NOW.” Heeding his own advice, he deleted from his iPhone a Telegram message thread between himself and the militia leader in which he disclosed his plans to be armed while attacking the Capitol.

Reffitt also told his family what he had done and threatened his teenage children to prevent them from reporting him to law enforcement.

Reffitt was arrested on Jan. 16, 2021, and he has been detained ever since. In a search of his home, FBI agents located the AR-15 style rifle and Smith & Wesson .40-caliber pistol that Reffitt had brought into Washington. They also located an illegal firearm suppressorcans of bear spray, flexi-cuffs, and other items.

Following his prison term, he will be placed on three years of supervised release. He also must pay $2,000 in restitution.

California police are searching for 16-year-old Kiely Rodni after she disappeared after a large party over the weekend. Plus, a END_OF_DOCUMENT_TOKEN_TO_BE_REPLACED