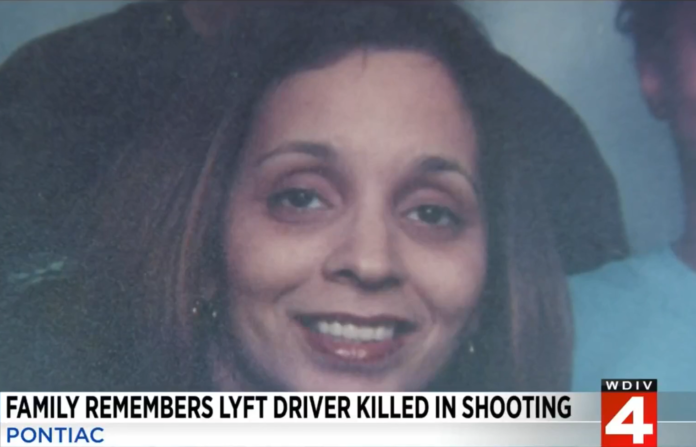 
OAKLAND COUNTY, Mich. – A Pontiac man accused of fatally shooting a Lyft driver was arraigned today on a felony charge that could send him to prison for life. Kemarrie Davion Phillips, 19, is being held without bond.

Phillips is charged in Friday’s shooting death of Dina Terrell, 49, of Eastpointe.

“This is shocking and violent tragedy,” Sheriff Michael Bouchard said. “This poor victim is lost to her loving family, and the responsible person should be held fully accountable. Random violence will never be tolerated.”

The incident happened early Friday. Deputies were dispatched at approximately 5:15 a.m. to what was reported as an injury accident at the comer of Putnam and Rundell in Pontiac. Upon their arrival Deputies saw a gray Nissan automobile on the curb wedged between a utility pole and a street sign. They found Terrell in the front seat with a gunshot wound to the back of her head.

She was taken to a local hospital where she was pronounced dead.

Detectives found the victim’s cellphone and a Lyft app was running with directions to an address on the northeast side of Pontiac. Additional evidence was found by Detectives and K-9 search near Hollywood and South Merrimac.

Detectives were able to identify Phillips as a suspect and took him into custody without incident. He had been employed at a retail store in Rochester Hills stocking shelves but left his job recently and was not employed.

There is no known motive for the crime.

Darrell Brooks Ejected Mere Minutes After Being Let Back in Courtroom

An inmate goes on a rampage when he suspects police officers lost his money. Officers have a tough time with END_OF_DOCUMENT_TOKEN_TO_BE_REPLACED

Andrew Tate and his brother, Tristan, are still being detained by Romanian authorities as they conduct their investigation into allegations END_OF_DOCUMENT_TOKEN_TO_BE_REPLACED

Prosecutors motioned the court to allow key testimony from witnesses who may have knowledge of Alex Murdaugh’s past crimes. The END_OF_DOCUMENT_TOKEN_TO_BE_REPLACED