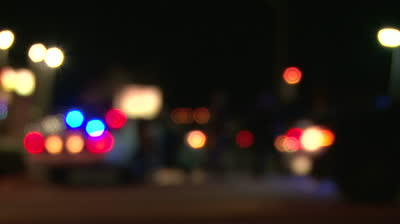 
NEW YORK – Orlando Ramirez, 24, has been indicted by a Queens County grand jury and arraigned in Queens Supreme Court on sex trafficking charges and other crimes for bringing his 17-year-old girlfriend from Mexico and allegedly forcing her into having sex with strangers for cash for several years until she was able to escape.

Queens District Attorney Melinda Katz said, “As alleged, the defendant subjected the victim to forced prostitution for his own financial gain. Thankfully, this young woman was able to escape with their infant despite suffering through brutal acts of violence on her way out. Within the first six months of taking office, I created the Human Trafficking Bureau to combat this very type of scenario. The defendant is now in custody and has been indicted on serious criminal charges.”

District Attorney Katz said, according to the charges, between September 14, 2019, when the victim was 17-year-old, through July 11, 2022, defendant Ramirez forced the victim who is his girlfriend and now mother of their eleven-month-old child, to engage in prostitution activity on an almost daily basis in various locations in Queens County, Kings County, New York County, Long Island and New Jersey. The defendant allegedly took all the proceeds the victim earned from her prostitution activity.

Continuing, said DA Katz, when the victim refused to engage in the prostitution activity, the defendant became violent and threatened to kill her and her family in Mexico. On July 11, 2022, after working the previous day engaging in prostitution acts and turning over the proceeds to Orlando Ramirez, she told him that she wanted to leave him and stop engaging in acts of prostitution because she wanted a better life for herself and her child. The defendant became angry at which point, the defendant allegedly pushed her against the wall, placed his hand around her neck and applied pressure which impeded her normal breathing and caused a cut to her neck. As he continued to strangle her, he displayed a kitchen knife and pointed it at the victim and threatened her.

According to the charges, the defendant allegedly hit the victim in the face with his sneaker causing redness inside her eye. The victim managed to push herself away from the defendant and attempted to flee the apartment but was stabbed by the defendant in her leg with the kitchen knife, causing bleeding and a laceration to her leg. The knife then broke in two pieces.

District Attorney Katz said that after the victim was stabbed at approximately 1:58 a.m., she managed to escape from their shared apartment and ran to the 110th police precinct with her infant daughter. As the defendant ran after the victim, he was apprehended in front of the precinct.

The victim was taken to a local Queens hospital where she underwent treatment for her injuries which required her to receive several stitches to the laceration to her leg.

Furthermore, a court ordered search warrant was executed for the apartment and a broken knife, which was the one used by the defendant, was recovered from a bedroom dresser and the handle recovered on the floor.

“Doomsday Cult” dad Chad Daybell seeks to delay his trial and separate it from his wife Lori Vallow Daybell’s. The END_OF_DOCUMENT_TOKEN_TO_BE_REPLACED