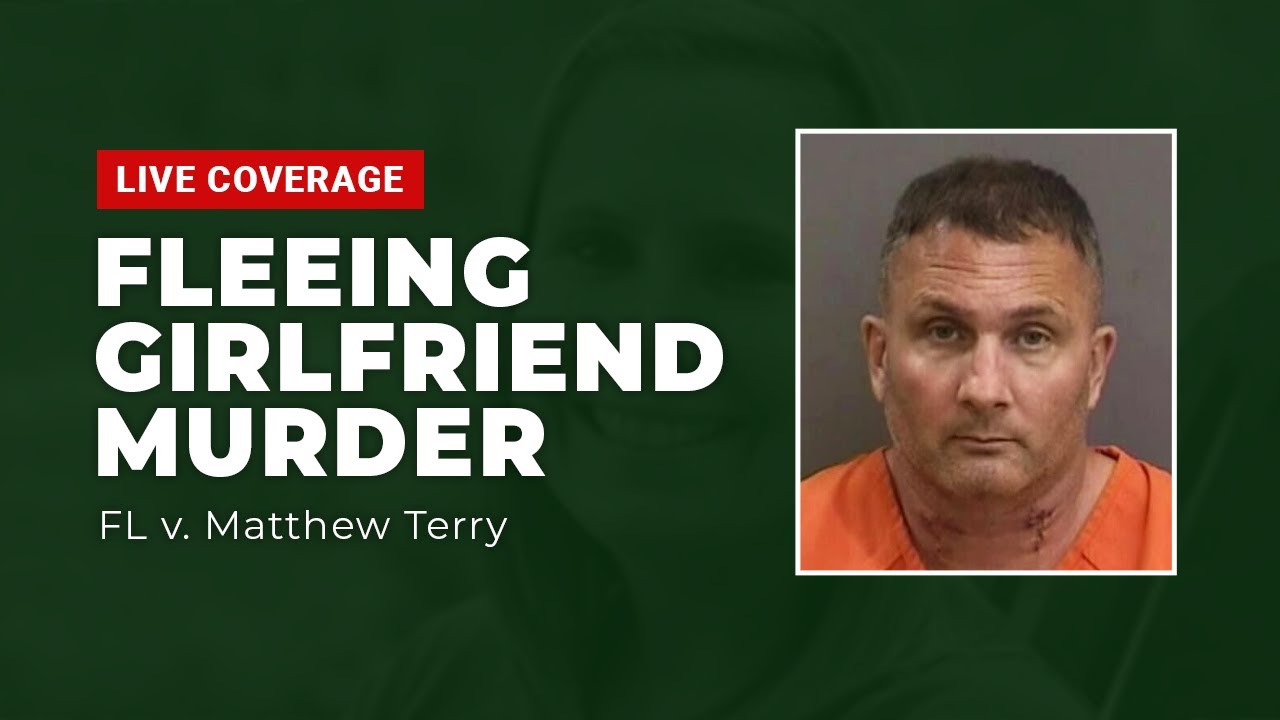 Reversing a decision from her predecessor, a new lead prosecutor in Florida will seek the death penalty against a man who allegedly murdered his fleeing girlfriend.

Matthew Robertson Terry, 47, was arrested back on May 28, charged with stabbing elementary school math teacher Kay Baker, 43, to death.

According to authorities in press releases and court documents, the two were together at the Landing Bar & Grill on the night of May 27.

A witness said that Terry was upset with Baker.

“I saw you dancing with that guy,” the defendant allegedly said.

Early on May 28, a man claimed to hear screaming and found Baker dead outside, according to a redacted affidavit.

Investigators followed a trail of blood to Terry in overgrown brush and trees. He was “found only wearing a t-shirt and underwear soaked in apparent blood.”

He had lacerations on his fingers and hands, as well as superficial cuts to his arm, authorities said.

“The defendant also had two apparent stab wounds along each side of his neck, which appeared to be symmetrical and clean punctures,” authorities said. “The defendant declined to make any statements without legal representation.”

Based on the blood pooling where he was, authorities suggested these were self-inflicted wounds.

Authorities suggested that Baker had fled out of a window within a locked bedroom, but Terry caught her. She sustained several stab wounds to her right shoulder, back, and a “very deep laceration” across the front of her neck, authorities said.

“Every capital murder case must be evaluated on its own facts to determine if a reasonable jury made up of Hillsborough County citizens could unanimously sentence a defendant to death,” the 13th Judicial District’s new State Attorney Susan S. Lopez said. “It is the most serious penalty available under Florida law, and I approach this responsibility with humility and a sense of duty to the rule of law. Defendant Mathew Terry’s actions were especially heinous, cruel, and atrocious. He was merciless in his brutal killing of Ms. Baker, and given his history of violent behavior, we will ask a jury to sentence him to death.”

Terry previously spent three years in a Michigan prison after authorities there said he bit, beat, and stabbed his then-girlfriend, according to The Tampa Bay Times.

He now remains at the Hillsborough County Jail in a $1 million bond.

The decision to seek death in this case is among the first made by Lopez. Her predecessor Andrew Warren refused to prosecute anyone for violating Florida’s 15-week abortion ban, prosecute doctors for providing gender-affirming services for transgender people, or trans people who used restrooms matching their gender. Gov. Ron DeSantis (R) suspended him from the job. Warren, a Democrat, called the Republican governor’s decision a “political stunt” and “illegal overreach” borne of political ambition.

“We’re not really people who are hugely in favor of the death penalty,” Baker’s stepmother Kristine Empey told the outlet. “In this case, we were all in agreement that if that was what legal experts wanted to do, we were not opposed to it.”

“We just don’t want him to get out,” Empey said of Terry.