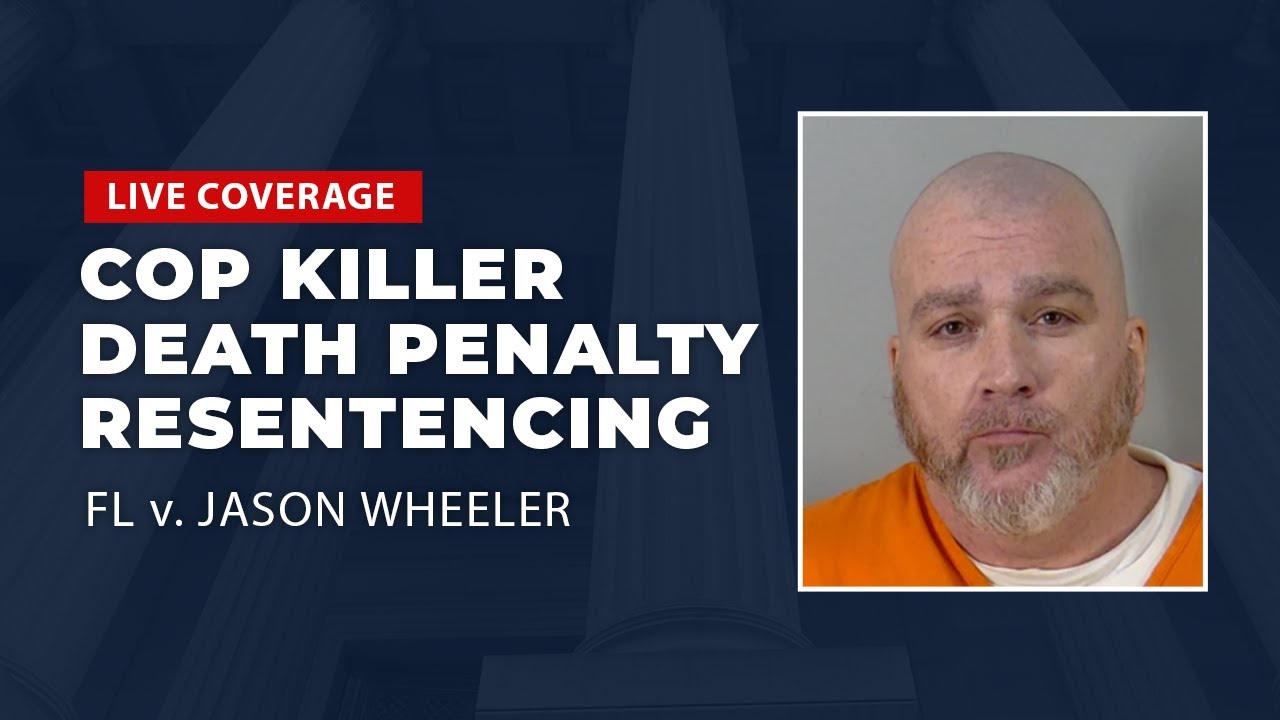 A man gets another chance to dodge execution after a pivotal court ruling required a unanimous jury to hand down the death penalty in Florida. Jason Wheeler 47, was sentenced in 2006 for murdering Lake County Deputy Wayne Koester, 33, who was responding to a domestic violence call.

“I don’t give a fuck who it is,” Wheeler cried out after being told it was law enforcement, according to the affidavit for the arrest warrant.

He faces life without parole, or death. The state’s high court later walked back that unanimity requirement on capital punishment, but the new non-unanimous standard does not have retroactive application.

Deputies Koester, Bill Crotty, and Tom McKane responded to the domestic disturbance complaint on Feb. 9, 2005. A woman said that Wheeler had physically assaulted her, and she also said he threatened her with a gun and sexually assaulted her. That abuse happened the day before. She warned deputies that if he learned law enforcement was coming, he could possibly attack.

That’s what happened. Wheeler opened fire on deputies while hiding in the woods near the residence, authorities said.

Crotty testified to talking with the woman next to his patrol car when he heard three shots.

From a 2009 appellate ruling in Wheeler’s case:

As he stood by the passenger side of the patrol car, he saw Deputy Koester running up the driveway, bleeding from what looked like birdshot wounds to his face. Deputy Crotty then saw Wheeler, whom he identified in court, chasing Deputy Koester with a shotgun pointed at Deputy Koester’s back. Wheeler turned the shotgun on Deputy Crotty, wounding him in the leg. Deputy Crotty fired at Wheeler and Wheeler ran off into the woods. Deputy Crotty reported to dispatch that the shooter “keeps coming out of the woods approaching our position and shooting. One officer down, I’ve been shot.”

Koester was survived by his wife and four children.

Crotty said he managed to shoot Wheeler in the buttocks area. Crotty and McKane were both injured but survived.

Law enforcement searched for Wheeler for hours. An officers found him in the woods and shot him, paralyzing him. From the ruling:

Upon being detected, Wheeler stood up and screamed several times for the officer to kill him and then appeared to go for a weapon. In response, the officer then fired shots at Wheeler, which resulted in Wheeler’s permanent paralysis. Wheeler had a speaker wire wrapped around his neck and reported to another officer that he had tried to kill himself.
#CopKillerResentencing #LawAndCrime