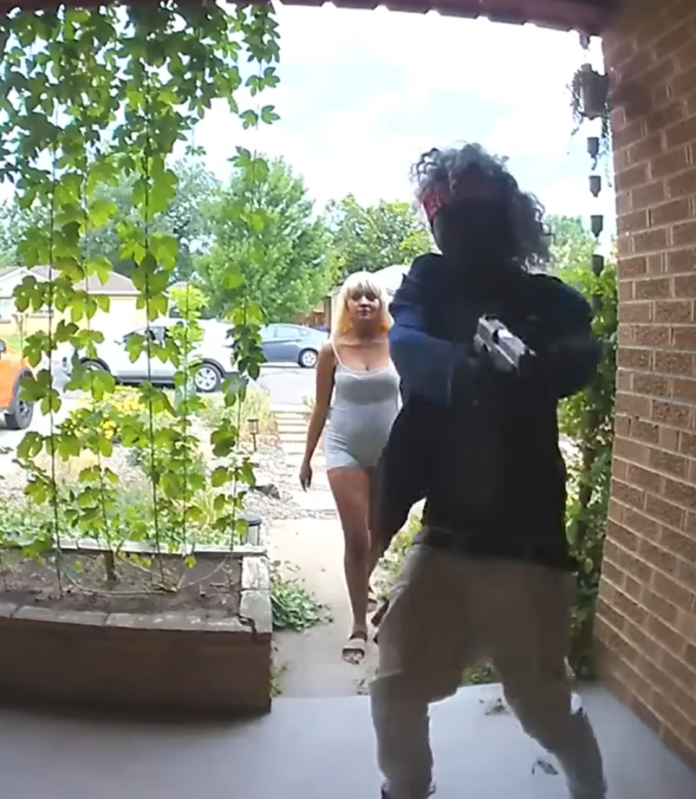 COLORADO – The Wheat Ridge Police Department released Ring doorbell footage showing two suspects approaching a couple and one pointing a gun at them as they enter their home.

The duo, now under srrest, “terrified a Wheat Ridge couple walking home on 7/15 when they followed the victims to their front door, then the male suspect pulled out a gun and pointed it in their faces,” police said. “If the couple hadn’t immediately gone inside and slammed the door, who knows what may have happened.”

“Approximately five minutes later and about a half mile away but in the city of Denver, this same man and woman are believed to have robbed another man at gunpoint as he was loading up his vehicle.”