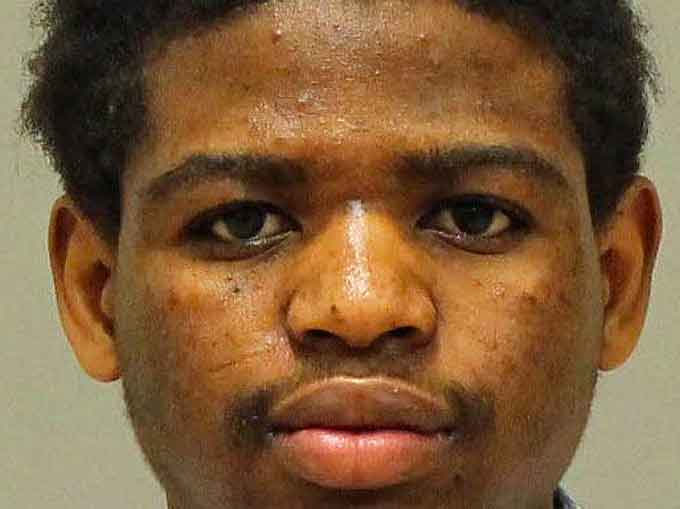 On January 21, 2019, special agents of the Federal Bureau of Investigation and members of its Joint Terrorism Task Force arrested Muse Muse at the Gerald R. Ford International Airport in Grand Rapids, Michigan, after he checked in for a flight to the first of a series of destinations on his way to Mogadishu, Somalia, with the goal of joining ISIS. Shortly thereafter, his brother Mohamud Muse and cousin Mohamed Haji were arrested as co-conspirators. Immediately following his arrest, Muse Muse adopted a handwritten statement prepared for him by an FBI special agent that summarized his interest in ISIS and end goal regarding his support of ISIS. In part, Defendant admitted that he “wanted to join ISIS in Somalia so I wouldn’t have to do an attack in the United States.”

According to court documents, between December 2018 and January 2019, Muse Muse coordinated with an individual he believed to be a Somali ISIS fighter to wire funds to be used to purchase airline tickets for travel to Mogadishu, Somalia, where he believed he would meet an ISIS representative. All three defendants picked up money to provide Muse Muse the funds to travel to join ISIS, all three defendants pledged allegiance to ISIS in recorded videos, and all three submitted their videos to individuals they believed were associated with ISIS.

Additionally, records provided to the Court at sentencing demonstrated that throughout the conspiracy, all three defendants participated in numerous conversations during which they discussed traveling overseas to join ISIS and even adopted fighter aliases by which they would be known when fighting for ISIS. In one conversation between Muse Muse and Mohamed Haji on November 1, 2017, the two celebrated the deadly vehicle attack in New York City that occurred on October 31, 2017. Muse Muse sent the following image to Haji, who responded “Real civil war”:

Later, Haji and Defendant celebrated Defendant’s recent acquisition of a Michigan driver’s license. Haji began, “You’re a driver now” and “that’s good so you can drive that [martyrdom] car right.” Muse Muse responded, “Yes [God willing].” Muse Muse also said, “I’ve been thinking about getting a rifle and something” and “I’m starting to entertain these thoughts.” In March 2018, Muse Muse sent a message to a relative declaring: “I’m a terrorist” and “I’m going to Somalia [God willing].”

In January 2020, Muse Muse admitted that he: (1) agreed with one or more individuals to provide material support or resources (which includes personnel) to ISIS, a foreign terrorist organization; (2) knew that ISIS was a designated foreign terrorist organization or had engaged or engages in terrorist activity or terrorism; and (3) is a U.S. national and that part of the offense occurred in the United States. Muse Muse further admitted that the individuals he conspired with were his relatives and co-defendants, Mohamud Muse and Mohamed Haji. Mohamud Muse and Haji have each also pled guilty in connection with the plot and await sentencing.

In sentencing Muse Muse, the Court found that his age at the time of the offense, his lack of personal financial resources to finance overseas travel, and the potential for rehabilitation were among the factors considered by the Court in imposing the 78-month sentence. Due to the Court’s disagreement with the Sentencing Guidelines and because Muse Muse did not have a prior criminal history, the Court departed downward an additional 52 months from the applicable Sentencing Guideline sentence.

United States Attorney Andrew Birge stated, “Although we are disappointed and respectfully disagree with the sentence imposed by the Court, we applaud the FBI’s successful efforts to prevent this defendant from assisting a dangerous international terrorist organization to carry out attacks here or overseas. This sentence will ensure that, at least for the next six and one-half years, Muse Muse will not be able to join ISIS overseas to assist its members with committing violence. Detecting, preventing, and prosecuting terrorism offenses remains the highest priority for the Department of Justice and my office.”

“Muse Muse’s determination to join ISIS and harm Americans in Michigan and overseas was well documented during the investigation,” said Timothy Waters, Special Agent in Charge of the FBI’s Detroit Division. “The FBI’s Joint Terrorism Task Force works every day to prevent violence before it occurs, and once again I commend the outstanding work of our partners on the JTTF who work 24/7 to keep the citizens of Michigan safe.”