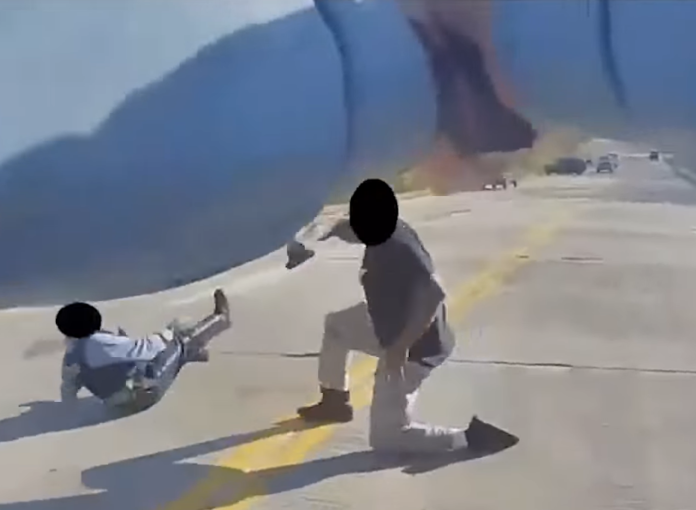 Kansas City, Kansas — On November 22, 2021 at 2:30 p.m. The Kansas City, Kansas Police Department received 911 calls about a man standing in the middle of the road pointing at the sky and trying to jump in front of traffic. As soon as officers arrived 36-year-old Lionel Womack started running at them. Womack attempted to get into the passenger side of the police car then ran around the vehicle where he came into contact with an officer. Womack reached toward the back of his pants and the officer, assuming he had a gun drew his weapon.

Womack then got into the driver’s seat of the patrol car, and the same officer tried to get him out. A fight ensued over the officer’s weapon, which discharged two shots. Womack successfully disarmed the officer and pointed the weapon at that officer before then pointing it at the other officer, who shot Womack. Womack was taken by ambulance to a hospital and pronounced dead two hours later. The two officers received non life-threatening injuries. Womack came from a law enforcement family. His wife and mother are police officers in Kansas City, Kansas, and his stepfather is a retired police sergeant. Two aunts are city police dispatchers.

Womack was hired by the Kansas City, Kansas police department in 2007, promoted to detective in 2018, and terminated in August 2020 after numerous policy violations and conduct issues. Womack filed a federal lawsuit in December 2020, alleging excessive force by Kiowa County Sheriff’s Deputy Jeremy Rodriguez. Womack said Rodriguez intentionally drove over him in an August 2020 incident that was captured on dashcam video. The deputy has denied the allegations and said qualified immunity applies in the case.

California police are searching for 16-year-old Kiely Rodni after she disappeared after a large party over the weekend. Plus, a END_OF_DOCUMENT_TOKEN_TO_BE_REPLACED